Before leaving on my yearly trip to Israel, I heard the news of the passing of Irene Klass, a”h. Irene Klass was a pillar of strength in emunah, bitachon, and love of mitzvos and the Creator.

Many years ago my husband and myself would write articles for The Jewish Press. She became my mentor and we grew to know each other so well that when her younger daughter was going to get married, she insisted that my late husband, Rabbi Yaakov Dovid Lieff, a”h,and myself attend the wedding.

Irene Klass was very determined to observe Torah laws. She was very involved in chesed and gave charity to many organizations. One such organization, B’nos Chayil Bikur Cholim honored Irene Klass as a pillar of strength and chesed. She and her family were honored by many other organizations as well.

She was always thanking Hashem and would try to say many prayers aloud so her friends would say “Amen.” One of the last times that I visited her she had just used the ladies room and said the Asher Yatzar out loud so that I was able to reply “Amen.”

She then said to me, “I enjoy when you come to visit, you say ‘amen’ with such understanding and feeling!”

Irene Klass often brought her daughters, Naomi and Hindy to the Chanukah parties at Coney Island Hospital. They helped Bikur Cholim Bnos Chayil to entertain, give gifts and refreshments to the patients. Before Pesach, The Jewish Press used to advertise that by request the Jewish patients of Coney Island Hospital would be able to obtain kosher for Pesach meals.

The paper also called for members of the community to come and volunteer their services by visiting the patients and informing them of their privileges at Coney Island Hospital. The Jewish Press was very instrumental in furthering community participation in many chesed events.

May Irene Klass be a melitza yosher for her family, friends, and the entire Jewish community. Amen. 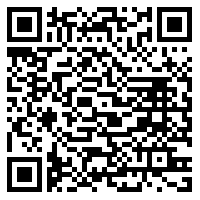