The Tidbits scored 6 runs in the bottom of the first, and then held off numerous Jerry’s Kids’ rallies, thanks to Cohen’s clutch strikeouts on the mound.


“I wish for myself as a pitcher, the same thing that I wish for Torah Tidbits and our team manager and TT editor and creator Phil Chernofsky,” said Cohen. “Another big K, and success and growth for years to come – and a touch of that Willie Mays magic.”

Jacobovitch opened the scoring in the first with a sacrifice fly. Schone then singled, Chaim Webber doubled, and Shimon Cohen tripled them both home.

For Lakewood, Dovid Blieman homered over the left field wall, and Shloimy Gruen sparked a 4-run rally with clutch hitting.

With the score tied at 4 in the penultimate inning, Segwayz and Bagelsbergs traded shots, with Segway staying a step ahead thanks to a pair of runs in each of the last two innings.

For all the latest news, schedules and scores, visit www.israelsoftball.com . 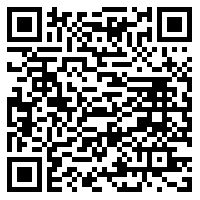