Every opening to the outside world is a calculated risk. Every time we open a window we chance being shocked by something vile. Every time we ride in our cars, take the subway, even go to shul – something terrible can offend our senses and even influence our very being.

Opening a book – are you kidding me?

Answering the phone – who can it be?

Turning on a radio? Forget it.

Don’t want to bring up television.

As I understand my own religion, my job in this world is to sanctify that which is mundane with my actions. The entire world is open before me, a Jewish woman or man, to set an example of how it should be used righteously. All of it, every last part of it.

We can’t all do it, some of us don’t have the emotional or psychological mettle. That’s fine. I’m happy and proud to belong to a segment of religious Judaism which simply does not fear new things. And I understand and support those who aren’t available for that experiment.

More power to them and to us.

It was heartening to see how many folks were seriously trying to come to terms with the Asifa’s main message. And what they thought the message really was.

Internet: A Plea for Common Sense Dad pointed out a few things. However much we all enjoy and use the internet, using the internet can become an addiction. If you don’t believe me, look up the studies. I haven’t seen anything good come out of an addiction to anything. Even Torah. An internet addiction, though, isn’t like being an alcoholic. Alcoholics might be “dry drunks” as long as they don’t drink, but as long as they don’t drink, they’re ok. Not great, but ok. This is more like gluttony. You might be hugely overweight, but you still have to eat. It’s a lot harder to control yourself and give yourself a tiny portion of something you really want then to avoid it completely. (Dad’s analogy)
Sparrow’s Musings

Internet Asifa a Great Kiddush Hashem In the final remarks, the rabbis pledged to move forward with the continuous forging of new ideas. Future gatherings will probably be at a lower cost and scale but focused on actual changes and improvements the community will need to make. Future agendas will include problems and questions such as attitudes towards education and employment, proper allocation of charity funds, funding Jewish education as a community, today’s shidduchim system, agunos, extremism and intolerance, segregation of Ashkenazim and Sefaradim, participation in the Israeli workforce and armed forces, the system of Halachic rulings in Israel and America, reliance on subsidies, and integrity and honesty.

Many of the attendees left the event feeling invigorated about their future and that of their children and grandchildren, echoing the sentiment that through justice and kindness we may merit the coming of the Messiah.
Yosef Drimmel, Rationalist Judaism

Satmar and the Asifa – Achdus or Isolation? The organizers of the Asifa are desperate to make this about Achdus even more than they are about fighting internet. They therefore felt it was more important to have Satmar involved than to have women attend.

This despite the fact that it is the mother who is in the trenches. Mothers are the guardians of the home. Their husbands are all in the Beis HaMedrash. Morning, noon, and night. Unless they have fallen so low spiritually that they now work for a living. Either way it is the woman that is on the front lines. Not the man.
Emes Ve-Emunah 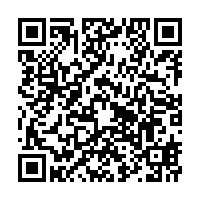