Yesterday, I took part in a briefing with Lt. Col. Avital Leibovich of the IDF Spokesman’s unit regarding the intensified rocket fire upon the south of Israel over the past few hours, which –at the time of writing – the Guardian has not yet seen fit to report.

Lt. Col. Leibovich reported that 68 rockets have been fired from the Gaza Strip in the past twelve hours. Two foreign nationals – farm workers from the Kissufim area – were critically wounded by rocket fire and three or four additional civilians are suffering from lighter injuries. Several homes have been damaged.

At 5 a.m. this morning the IDF targeted another squad which had just launched a rocket.

At 7 a.m. the IDF targeted a rocket launching site: one of the pits dug by the terrorists in which the rocket-launcher is placed.

At 8:20 a.m. the IDF targeted a weapons smuggling tunnel and other sites in the northern Gaza Strip.

The Home Front Command has ordered all civilians in the region to stay near their air-raid shelters and safe rooms as, due to their proximity to the Gaza Strip, they have only 15 seconds in which to find cover. All schools and kindergartens in the area are closed.

Lt. Col. Leibovich stressed that all the targets of today’s rocket fire were, once again, civilian targets including small agricultural communities. She also noted that the majority of the rocket fire took place – as is frequently the case – during the early morning when children are on their way to school and adults travelling to work.

I asked Lt. Col. Leibovich for her view of the claim frequently appearing in the Western media that Hamas is not interested in an escalation of the conflict. She described it as “not a reliable statement.” 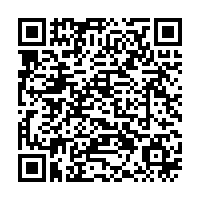