Good thing there wasn’t Internet and Facebook in the days of our forefather Avraham. If there had been, he may never have come to Israel. He may have decided to stay in Ur Kasdeem, and settle with being a vicarious Israeli via the Internet. That way he could have enjoyed the best of both worlds, rubbing shoulders with all of the wealthy and high-ranking idol worshippers in Ur Kasdeem, while at the same time sending in comments to The Jewish Press.com, critical of the way things were being run in the Holy Land.

After all, in Avraham’s time, there were savage Canaanites living in Eretz Yisrael. And there weren’t any kosher supermarkets back then, nor religious neighborhoods, nor Jewish Day Schools and yeshivot for the kids. In fact, there weren’t any Jews living there at all. Avraham would be the first. Who needed the hassle? It made a lot more sense to stay where he was, in Ur America, where everyone knew him, enjoying the good life with the goyim, wait for Moshiach, and pretend, via the Internet, that he was actually involved in building the Jewish State.


Lucky for us that The Jewish Press.com didn’t exist back then. It could have been a test that even Avraham might not have had the strength to overcome. 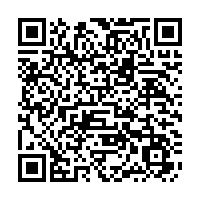