The US-based NGO “New Israel Fund” financed the recent leftwing protests against judicial reform in Israel. American lawyer Alan Dershowitz has been an outspoken critic of the judicial reforms proposed by Israeli Justice Minister Yariv Levin, even before he presented them.

I decided to ask ChatGPT about the process of selecting Supreme Court justices in the USA. Perhaps that would give me some insight as to why the NIF and Dershowitz oppose having similar processes in Israel.

Unfortunately, the answers from ChatGPT did not provide insight as to why they would want to increase judicial activism in Israel, continue to allow judges to select their ideologically similar replacements, nor not allow for a more transparent process than we have now.

Nor does it explain why they think having elected officials select judges in a more transparent process would be harmful to Israel’s democracy.

ChatGPT even said that elected officials in the US have a way to deal with court rulings they disagree with, even if it is not a simple process.

Note: I’ve shortened some of the answers as ChatGPT can be quite verbose and repetitious at times, even when you tell it to be succinct.

In the United States who selects the Supreme Court justices?

Who selects the Chief Justice?

The Chief Justice of the United States is selected by the President and confirmed by the Senate, in the same way as other Supreme Court justices. The President nominates an individual for the position, and the Senate holds a hearing and vote to confirm the nominee. If the nominee is confirmed by a majority vote in the Senate, they become the Chief Justice of the United States.

So the Justices do not have any involvement in selecting their peers?

Why don’t the Justices have any involvement?

The Justices of the Supreme Court do not have any formal involvement in the selection process for new justices because the process is established in the Constitution as a power of the President and the Senate, and not the judiciary. The President is given the power to nominate judges, and the Senate is given the power to provide “advice and consent” on those nominations. This separation of powers between the branches of government is a fundamental principle of the Constitution and the American system of government, intended to prevent any one branch from becoming too powerful.

Why would it be bad for Justices to pick their replacements or fellow members on the court?

If the Justices of the Supreme Court were allowed to pick their replacements or fellow members on the court, it could undermine the principle of judicial independence and impartiality.

Allowing the Justices to select their own replacements would create the potential for them to select individuals who share their own ideological or political views, which would lead to a lack of diversity in the Court’s decision-making and a lack of representation of different perspectives and experiences.

This would undermine the Court’s ability to make impartial and fair decisions, as the Court would become more of a political body rather than an independent and impartial judicial one. Additionally, it would also undermine the principle of separation of powers, as the Constitution grants the President and the Senate the power to select the justices, not the Court itself.

Would that also lead to Judicial Activism?

Allowing justices to pick their replacements or fellow members on the court could lead to an increase in judicial activism. Judicial activism refers to when judges interpret the Constitution or laws in a way that advances their own personal beliefs or policy preferences.

If the justices were able to select their own replacements, they would be more likely to choose individuals who share their own ideological or political views, and this would lead to a Court that is more likely to engage in judicial activism.

A court that is more ideologically homogeneous is less likely to be able to consider different perspectives and may be more inclined to impose their own views on the society, rather than interpreting the law objectively. This would be detrimental to the Court’s ability to make impartial and fair decisions, and it would also undermine the public’s trust in the Court as an independent and impartial institution.

Can Congress or the Senate override the rulings of the Supreme Court?

Congress and the Senate do not have the power to override the rulings of the Supreme Court directly. The Supreme Court is the highest court in the United States and its decisions are considered the final word on the interpretation of the Constitution and federal law.

However, Congress and the Senate can pass new laws that may address the issues that the Court has ruled on, or they can propose amendments to the Constitution, which must be ratified by three-fourths of the states, that may change the way the Court’s ruling is interpreted. Additionally, Congress can also change the composition of the court by altering the number of justices, or the court’s jurisdiction, but these actions are highly unlikely, as it requires a political consensus, and often seen as undermining the independence of the judiciary.

Does having elected official select the justices politicize the judges or does it strengthen democracy?

The process of having elected officials select the justices of the Supreme Court can be seen as both politicizing the judges and strengthening democracy. On one hand, having elected officials select the justices means that the appointment process is directly influenced by politics and the ideological preferences of the President and the Senate. This can lead to the appointment of justices who are perceived as more ideologically or politically aligned with the President or the Senate, and this can be seen as politicizing the Court.

On the other hand, having elected officials select the justices also means that the people, through their elected representatives, have a say in the composition of the Court. This can be seen as a way of strengthening democracy by ensuring that the Court reflects the views and values of the society it serves. The appointment process also allows for public scrutiny of the nominee and the Senate confirmation hearing, which allows for a more transparent and open process for selecting the justices. The public also has the opportunity to express their views on the nominee, which can influence the decision of the elected officials to confirm or reject the nominee.

Overall, while the process of having elected officials select the justices can be seen as both politicizing the judges and strengthening democracy, the key is to ensure that the process is as transparent and fair as possible, and that the nominated justices are well-qualified and impartial, which would be crucial to maintaining public trust in the Court as an independent and impartial institution.

What can the president do if the supreme court becomes too activist, or doesn’t reflect the will and spirit of the people?

If a President believes that the Supreme Court is becoming too activist or not reflecting the will and spirit of the people, there are several actions they can take.

One action is to appoint new justices to the Court who align with their own views and values, and who they believe will interpret the Constitution and laws in a way that is more in line with the will and spirit of the people. The president has the power to nominate Supreme Court Justices with the advise and consent of the Senate, the appointment of new Justices can change the composition and direction of the court.

Another action is to push for Congress to pass laws that address the issues that the Court has ruled on, or to propose amendments to the Constitution that may change the way the Court’s ruling is interpreted.

Additionally, the President can also use the power of persuasion to advocate for his position and opinions, by using the bully pulpit, and through public speeches, press conferences, and social media, to express their views on court’s decisions and to educate the public on the importance of the court’s role in a democracy.

It’s worth noting that these actions are not easy or guaranteed to change the court’s direction. The court’s independence and impartiality are the foundation of the rule of law, and any effort to undermine that principle should be carefully considered, and should not be based on individual or party preferences but on the principles that sustain the democracy.

When you say appoint new judges, do you mean stacking the court, as it is commonly called?

When I say “appoint new justices”, I am referring to the President’s constitutional power to nominate individuals to fill vacancies on the Supreme Court, with the advise and consent of the Senate.

“Stacking the court” refers to the practice of increasing the number of justices in the court, specifically with the intention of changing the ideological balance of the court, which can be done by the Congress.

This is mostly correct, but it’s worth noting that the process of amending the Constitution to override Supreme Court decisions can be seen as both democratic and non-democratic, as it allows for the Constitution to adapt to changing times and reflect the views and values of society, but also undermines the principle of judicial review and the independence of the judiciary. The process of adding Justices to the court is also controversial and can be seen as a political tool that can undermine the public’s trust in the court as an independent and impartial institution.

Thank you for your time.
You’re welcome. I’m glad I could help. Let me know if there’s anything else you need.
Advertisement 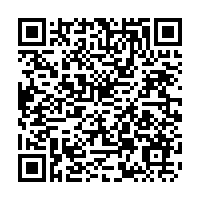