Shahriar Heidari, a member of the National Security Council in Iran, announced in a press interview today that Russia will provide Iran with fourth-generation Sukhoi-35 fighter jets as early as the Persian New Year (March 21). Additionally, Russia reportedly plans to also supply Iran with helicopters, tanks, and defense systems.

Military bloggers in Iran have noted that Russia originally intended to deliver these same aircraft to Egypt and wondered whether Russia will be capable of making the necessary changes and adjustments to the aircraft in such a short period of time to meet Iran’s requirements.

Regardless, these fighter jets are seen as a major upgrade for the Iranian Air Force, as they are much more advanced than the existing 20th-century aircraft Iran possesses.

Some of the combat aircraft are anticipated to be housed at Tactical Air Base (TAB) 8 of the Islamic Republic of Iran Air Force (IRIAF), which is located in the Iranian city of Isfahan in the country’s center. 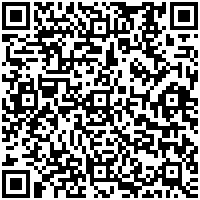