It’s become apparent to all that Syria is the natural Arab state. Without a strong and powerful leader, anarchy and internecine murder swiftly develops.

This is not because Arabs are primitive, though in part it is because Islam is fundamentally a violent religion. The real reason is that the Arabs are not really one people, as the root word in Hebrew “Arev” attests to. Arev translates as mixture. The Arabs are in reality a mix of distinct sects, tribes and clans who don’t really like one another. When they are supposedly unified, it is only because a strong leader temporarily suppresses their independent identities and locks them together under his strong thumb.


Arab state after state proves this to be true.

This brings us to our first obvious question about the current peace process….

Abbas also doesn’t have the support of the Chamulot, the traditional clan and tribes, who despise him, and would also overthrow Abbas in a second if given the chance.

So if Israel negotiates with Abbas, when the reality is that he doesn’t represent Gaza, when he doesn’t represent the Chamulot, and in fact, since there haven’t been elections, we don’t even know if he represents the rest of the Arab citizens he rules, and he is likely to be overthrown soon, what value does his signature have?

The answer is nothing.

That brings us to the second question…

2) What will keep the “West Bank” from turning into Syria? As we pointed out above, the so-called “Palestinians” are a mixture of different religious sects, tribes and clans, and Bedouin too, who all hate each other, if God forbid, Israel were to pull out the IDF further, we will quickly see a repeat of the Hamas takeover in Judea and Samaria. But this will end up as messy as Syria, when all the groups will start to kill each other to take over. The “West Bank” would quickly deteriorate, and it would be as if we had listened to Shimon Peres as his idiotic ideas to give away the Golan to Syria – pointless and dangerous.

What will stop this Syria-like collapse in the “West Bank”?

Again, the answer is nothing.

And that brings us to our third question and final question…

3) Why in the world would Abbas even want to make peace, when he knows that as soon as he does, his dead, mangled, and cannibalized carcass will be hauled through Bethlehem’s Manger Square by one of the many sects, clans, and tribes that want him dead, and will use this as an opportunity to attempt a coup?

The answer is, he does not.

Reaching peace in these peace talks is the last thing Abbas wants or needs. Ignoring for a moment that he will never obtain the terms of agreement that his cohorts and various friends and enemies are demanding, reaching a true peace agreement means his death, and no further access to his Swiss bank accounts.

For Abbas (or any other future “Palestinian” leader), nothing is better than the current situation. The continuation of the conflict provides him a lifeline (and access to his Swiss bank accounts).

What Abbas does need to get out of this, is a strengthening of his position vis a vis Hamas. The only subject of tangible value for him is the release of terrorists and baby killers.

“Palestinian” society is so sick, that the value they hold most dear, is the value of murdering Jewish babies, and those who murder Jewish women and children are their society’s heroes.

That is why releasing these baby-killers is their first and most non-negotiable demand.

That is why Abbas made it a requirement for talking peace.

Abbas expects nothing else from the talks. He wants nothing to succeed from the talks, but if he is being forced to talk, he can at least demand the one concession that he knows from experience Israel will give him that will temporarily buttress his position as the “Palestinian” leader before the talks collapse. 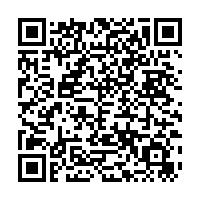