With the appointment of Steve Bannon to a senior position in the Trump administration, the media talons came out. The man is a white supremacist and an anti-Semite said the critics.  Always looking for a good story I set out to do some research, but there was nothing, no anti-Semitic incidents, no racist or white supremacist incidents.


Apparently the claims of Antisemitism came from the mouth of his ex-wife during a very contentious divorce. According to that ex-wife they were looking for schools to send their daughters, when they checked out the Archer School for Girls:

Ultimately they decided to send their daughters to Archer — but only after a prickly email exchange between the couple, which was also included in the documents.

Bannon denies he made those statements and the ex-wife’s allegations of Antisemitism weren’t supported by a separate police claim or report.

Other protestations regarding the Bannon appointment claim that Breitbart under Bannon has become anti-Semitic.  Keep in mind that Andrew Breitbart and his friend Larry Solov (a Jew who is now Breitbart CEO) conceived of the idea of founding Breitbart News Network, with “the aim of starting a site that would be unapologetically pro-freedom and pro-Israel.” It was certainly that way when I worked there and to be honest I haven’t seen any change from the Jewish/Israel point of view. Certainly, Solov who was Andrew’s closest friend would make very public protestations if the Breitbart sites became anti-Semitic

In fact, it was under Bannon’s tutelage that Breitbart expanded into Jerusalem, a project Andrew spoke to me about in 2011, but I assume was dropped when he passed away.

I know Joel well enough to say if he thought there was the slightest Antisemitism coming from Steve Bannon he would have left Breitbart a long time ago.

David Horowitz another proud Jew (who I worked for) also denied the charge of Antisemitism:

CNN, which has been particularly vicious, did a nasty attack on Bannon using another of the thinnest reeds available: This was a headline at Breitbart.com calling Bill Kristol a “renegade Jew.” In fact, neither Breitbart nor Bannon is responsible for that statement. A Jew is. I wrote the article, which was neither requested nor commissioned by Breitbart. And I wrote the headline: “Bill Kristol, Republican Spoiler, Renegade Jew.”

To be honest I was not happy with the article, David and I spoke about it and agreed to disagree, but none of it reflects on Steve Bannon.

So there you are, I couldn’t find a Jew that knows Steve Bannon who believes he is an anti-Semite. There are no anti-Semitic incidents that could be found, but his ex-wife said he made an anti-Semitic comment. One would think that a guy who spent ten years in the Navy, had a senior position at Goldman Sachs, and ran Breitbart, a media company that not only was founded on the premise of being pro-Israel, expanded it Israel presence under his reign and employs fellow members of the tribe—would have one slip-up, make one comment—but nothing! If Bannon is such a big Jew-hater why can’t I find anything.

I didn’t write much for Breitbart after Andrew passed, therefore I never met Bannon (nor do I have any attachment to him). But it to this particular Jew/former Breitbart writer, the claims that Steven Bannon is an anti-Semite is what we call in the Mamma Loshen (mother tongue/Yiddish), dreck (which means trash). 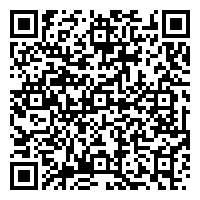