Back in 2014, Steve Bannon laid out his worldview for all to see. It’s a complex vision, based on his notion of “Judeo-Christian” values, appreciative of Jewish contributions to the world, and believing the West faces a “crisis of capitalism” and a battle with radical Islam.

If you really want to know what the man believes and stands for, read the full transcript of Bannon’s talk , or listen to it at the bottom of this article and decide for yourself.

Fast forward to the present and the question everyone is asking: “Is Steve Bannon an anti-Semite?”

Actually, no one is asking that question, people’s minds have already been made up based on what they’ve heard second hand.

In August 2016, Bannon gave an interview to Mother Jones where he explicitly stated that Breitbart News, which he ran at the time, was “the platform for the alt-right”.

Responding to the accusations that alt-right are a bunch of white-nationalists, anti-Semites, neo-Nazis and homophobes, Bannon “dismisses the alt-right’s appeal to racists as happenstance” and told Mother Jones:

Bannon acknowledges there are very bad elements in alt-right (as there are on the progressive and hard left), yet he still gives them a platform.

How does Bannon dismiss them so nonchalantly?

The answer appears in his 2014 discussion as transcribed by Buzzfeed:

“The central thing that binds that all together is a center-right populist movement of really the middle class, the working men and women in the world who are just tired of being dictated to by what we call the party of Davos.”

He seas the Tea Party, alt-right and others as center-right groups made up of middle class Americans.

But he acknowledges that bad people do hitch a ride on the coattails of these movements.

“I’m not an expert in this, but it seems that they have had some aspects that may be anti-Semitic or racial [in the European far-right groups]. By the way, even in the tea party, we have a broad movement like this, and we’ve been criticized, and they try to make the tea party as being racist, etc., which it’s not. But there’s always elements who turn up at these things, whether it’s militia guys or whatever. Some that are fringe organizations.

But Bannon doesn’t believe there is an issue here of whether or not to throw out the baby with the bathwater. He believes that, over time, the radical elements will disappear.

My point is that over time it all gets kind of washed out, right? People understand what pulls them together, and the people on the margins I think get marginalized more and more. […] I think when you look at any kind of revolution — and this is a revolution — you always have some groups that are disparate. I think that will all burn away over time and you’ll see more of a mainstream center-right populist movement.”

Bannon clearly believes that the populist rightwing groups are primarily made up of good, middle-class, working-class Americans, with some fringe fellow travelers. Eventually those anti-Semites and white nationalists who are hanging on will be marginalized even further until they “wash out” and “burn away.”

The question one should really ask is, “Are Bannon’s presumptions about the fringe alt-right members accurate?”

When it comes to amorphous groups without real leadership to guide them, specifically alt-right which is primarily internet-based and anonymous (which always brings out the worst), it would be more accurate to assume that whomever is the most active, most vocal and most committed will be those who direct that movement and set its tone.

Bannon before the brouhaha of alt-right sees fringe haters as temporary and irrelevant anomalies that will eventually burn away as the groups becomes more mainstream. He acknowledges their anti-Semitism, but does not see them as defining the majority.

He also values the Jewish contributions to Western society and Capitalism as being extremely valuable. He believes those “Judeo-Christian” values should be restored in modern capitalism.

Those don’t sound like the words and beliefs of an anti-Semite.

But in the case of alt-right, Bannon has gotten it wrong about the haters eventually being marginalized and washed away. The inmates have already taken over the asylum, and that’s because alt-right is primarily anonymous and Internet based, where real-world rules and civility don’t apply.

Let us know what you now think of Bannon in the comments section below, but please listen and read first. 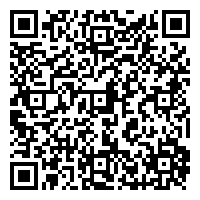