Update: Extra thoughts that could not make the main text of “When AIPAC Went AWOL“:

(1) It is conceivable, though not likely, that Obama and AIPAC each played a Machiavellian game here: Obama expected that Hagel’s attacks on AIPAC render AIPAC less likely to impede his nomination, so as not to seem petty. Conversely, AIPAC figured that Hagel’s attacks on Israel require him to reach out to it, so as not to seem insincere in his confirmation hearings.


If these were their calculations, they have so far been borne out. AIPAC stayed mute; Hagel announced that his first face-to-face meeting with a foreign counterpart will be with Israel’s Defense Minister Ehud Barak.

(2) “Hagelian Dialectic” is my fantasy title for this column, referring to the German philosopher, Georg Wilhelm Friedrich Hegel and his highly elaborated dialectic theory of history (which Karl Marx subsequently drew on for his dialectical materialism). In the Hegelian schema, Israel is the thesis, Obama the antithesis and the Pentagon the synthesis.

Originally published at DanielPipes.org as an update to “When AIPAC Went AWOL,” available at the JewishPress.com. 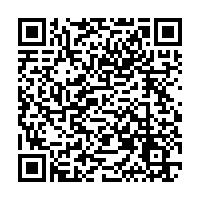