The 2012 Olympic Games get underway in London in two days and three hours [check it here]. An online petition calling for sixty seconds of silence at the opening ceremony in memory of the eleven Israeli Olympians murdered in the Munich Olympic village exactly forty years ago by Palestinian Arabs has gotten more than 107,000 signatures. But it has failed to move the Olympic games organizers.

The families of the Munich 11 have tried for four long and lonely decades to obtain appropriate and respectful recognition of the Munich massacre from the International Olympic Committee. [We wrote about this earlier: “20-Jul-12: The Olympics, terror, cowardice and wisdom“] Now that it is clear they have finally and absolutely failed, the widow of one of the Munich dead says people sitting in the stadium at Friday’s opening ceremony should stand up and observe what she calls “a spontaneous minute when the IOC president begins to speak”. She’s absolutely right. The rest of us who will not be there should be doing everything we can to spread the word.


How did the organizers articulate their objection? Insensitively.

“We feel that the Opening Ceremony is an atmosphere that is not fit to remember such a tragic incident,” Jacques Rogge, president of the International Olympic Committee, said Saturday. [Source: CNN]

How did the widows object to the objection? Determinedly, and with admirable dignity.

“If you believe that the 11 murdered athletes must be mentioned, stand for a spontaneous minute when the IOC president begins to speak,” said Ilana Romano, wife of Yossef Romano, a weightlifter who was murdered in the 1972 attack. The media, she said, should follow the lead of NBC sportscaster Bob Costas [it’s explained here], who has pledged to hold his own on-air minute of silence. “Silence your microphones for a minute in memory of our loved ones and to condemn terrorism,” she said… The IOC, led by president Jacques Rogge, has steadfastly refused [the request for a minute of respectful silence]… [The widows behind the petition] were in London to present the petition to Rogge in a last-ditch attempt to get him to agree. They were due to meet on Wednesday night, after Rogge postponed a Tuesday meeting. [Source: Times of Israel]

It’s not as if we lack a precedent. The victims of 9/11 were honored by the IOC at the 2002 Winter Olympics in Salt Lake City, Utah:

Sixty thousand people stood as one in respectful silence at the start of the program when the tattered American flag, recovered from the rubble of the World Trade Center disaster, was carried into the stadium by eight U.S. athletes accompanied by three New York Port Authority police officers. The silence continued as the Utah Symphony and the Mormon Tabernacle Choir performed the national anthem with a kind of haunting dignity seldom heard in an age of embellishment. [Source: 2002 report in the San Francisco Chronicle]

So  why, really, is the IOC opposed to remembering the Israelis? Their deaths, unlike those of the tragic victims of 9/11, were integrally bound up with the Olympics, after all. There’s a deeply disturbing answer. According to Thomas Bach, International Olympic Committee vice-president

The threats to boycott the opening ceremony made by Arab states in the event of an official minute of silence have led the IOC to mark the 40 year anniversary in other ways, including a minute of silence on Monday inside the Olympic Village, led by IOC President Jacques Rogge. The Arab boycott “had been a possibility, according to some of our advice”, Bach said according to Israel’s Channel 2 news. [Source: Algemeiner.com]

Craven is not a strong enough word for the IOC’s conduct in this affair. If, as appears to be the case, this is why the IOC has decided what it decided, then those of us who understand the reasoning behind an “Arab boycott” and the hatred it represents must do everything we can to take back and publicly honor the memories of the Munich dead: stand for a spontaneous minute when the IOC president begins to speak.

Like many things in life, this is far too important to be left to the officials. If we’re not on the side of the victims, then we are giving our support to the killers and those who stand with them. 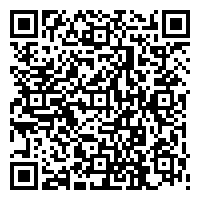