Home Blogs This Ongoing War Lumping Deir Yassin and the Holocaust Together
Share on Facebook
Tweet on Twitter
Photo Credit:
Omid Safi is a professor of Islamic Studies at the University of North Carolina, a specialist in Islamic mysticism (Sufism), contemporary Islamic thought and medieval Islamic history. He has served on the board of the Pluralism project at Harvard University (“to engage students in studying the new religious diversity in the United States“) and is the co-chair of the steering committee for the Study of Islam at the American Academy of Religion.An impressive academic background. A man of top-tier influence.And he writes a blog: “What Would Muhammad Do?” hosted by Religion News Service (“We strive to inform, illuminate and inspire public discourse on matters relating to belief and convictions.”)On its pages, Prof. Safi is described as follows:

Omid has been among the most frequently sought speakers on Islam in popular media, appearing in The New York Times, Newsweek, Washington Post, PBS, NPR, NBC, CNN and other international media. He leads an educational tour every summer to Turkey, to study the rich multiple religious traditions there.  The trip is open to everyone, from every country.

One of his most recent blog postings caught our eye (hat tip to Tundra). Uploaded on April 9, it was published right in the middle of the week that separates the day on which Israel remembers (a week ago) the tragedy of the Holocaust Memorial Day and day we recall the fallen of Israel’s defensive wars against the Arab armies and against the forces of terror (today).

It’s entitled “Israeli atrocities at Palestinian village of Deir Yassin, 65 years ago… and today“. As a polemicist for a radical Arab position, he writes there more or less what we have learned to expect from those affected by that mindset:

What is the point of calling for memory, including the memory of massacres at Deir Yassin? It is not to respond in hatred and venom, and not to respond in kind. But to make sure that for those of us who dare to speak of a just and peaceful tomorrow, to always know and remember that justice is not the same as amnesia.

Then to make absolutely sure his readers suffer from no loss of historical memory, he publishes a photograph of a Nazi concentration camp called Lager Nordhausen, part of the Buchenwald concentration camp complex. You can see it on the main Wikipedia page devoted to the Holocaust. He places it in a prominent position on his blog page, and right next to it he launches into a vitriolic tirade about how the Zionists carried out a massacre of

250 men, women, children and the elderly, and stuffed many of the bodies down wells… There were also reports of rapes and mutilations… Their tactics have not changed.

It’s clear that the photo is there to magnify the impact of his words, and to serve as a historical record of what he describes. But it’s worse because he not only transposes the imagery of the Nazi Holocaust of the Jews into his self-authored polemic about the conflict between the Arabs and Israel; he then invites his readers to understand the implications for today when he says “Their tactics have not changed.”

And whose tactics would those be? That’s easy. He asks and then answers this question:

So who was involved in this massacre? Virtually the totality of the future leadership of the Israeli state.

To be clear: our focus on the photo and the selected quotes among many other quotes does not mean we agree with any other aspect of Safi’s account of what happened at Deir Yassin. That lethal narrative, elaborated and amplified for cold-blooded purposes, been used to fuel Arab hatred of Israel for two generations; the numbers and details just keep growing and getting more elaborate with time. Without entering into the Deir Yassin debate, Wikipedia describes a much smaller death toll (for what that’s worth) and points out that the town’s dead included armed men who carried out attacks on civilian traffic traveling the nearby road to Jerusalem.

It’s also worth noting that the day-after-day massacres taking place daily in Syria (for instance) produce single-day harvests of blood that are truly sickening. For instance (one of many), the Arab-on-Arab slaughter reported just three days ago [“Between 125 and 149 believed killed in Syria on Thursday“] which resulted in carnage greatly exceeding what is claimed in rational sources to have happened in Deir Yassin. 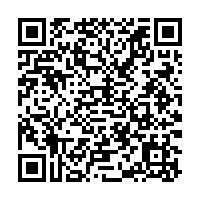