Students for Justice in Palestine is a radical group which is ranked as one of the top ten most anti-Israel organizations in the United States by the Anti-Defamation League.

According to the Anti-Defamation League,

Many universities have one or more groups that organize anti-Israel activity, the most ubiquitous of which is Students for Justice in Palestine (SJP), with chapters at close to 75 American universities. SJP chapters regularly organizes activities presenting a biased view of the Israeli-Palestinian conflict, including mock ‘apartheid walls’ and ‘checkpoint’ displays, presentations by sensationalistic anti-Israel speakers.


The Anti-Defamation League says that SJP chapters frequently partner with the local Muslim Student Association, and other Muslim and radical leftist organizations on campus.

Anti-Israel Groups in the University of California System

Yet, aside from hosting anti-Israel events, the Students for Justice in Palestine and other similar anti-Israel campus groups routinely intimidate pro-Israel students on campus. At times, this intimidation can lead to violence.

More recently, according to Tammi Benjamin, a lecturer at the University of California, a student wrote a letter to the editor in the UCSB weekly newspaper

expressing fear for her safety in the days leading up to the student senate’s vote on the SJP-sponsored divestment resolution. In her letter, she states that she was forced to request secret ballots due to “intimidating forms of coercion and fear tactics used to sway senator decisions…threats and accusations from students and community members…and slanderous and untrue accusations on social media sites,” which made her feel that “not only was her personal and mental well-being being jeopardized, but [her] individual safety as well.”

“Other students who opposed the divestment resolution at UCSB reported being spit on, having their bike tires tampered with, and being refused service at the university bookstore,” Benjamin says.

“At UC Irvine, a former Chair of the Student Judicial Board, who was the sole member of that committee to vote “no” on the SJP-sponsored divestment resolution, expressed feeling “continuously intimidated” and “repeatedly threatened” as a result of her vote. And most recently, two UC Berkeley Student Action senators who voted against the SJP-sponsored divestment resolution were allegedly subject to “death threats and vitriolic accusations.”

Anti-Israel Groups in the University of Maryland system

The University of California system is not the only one in the United States where anti-Israel groups routinely intimidate pro-Israel students. At the University of Maryland at College Park, during the spring 2009 semester, the Muslim Student Association organized a Palestinian Solidarity Week featuring a speaker named Mauri Salaakhan, who reportedly proclaimed “Israel has no more right to exist than apartheid had.” Another speaker, Allison Weir, referred to Judaism as a “ruthless and supremacist faith” in an opinion piece she wrote in the Greenwich Citizen.

In response, some members of the community posted fliers protesting the appearance of such speakers on the UMD campus. Yet Muslim Student Association member Sana Javed, who organized the Palestinian Solidarity Week on campus, accused these people of being Islamophobic in the schools newspaper, The Diamondback, even though those fliers fell under the category of free speech.

The Diamondback also referred to the members of the Muslim Student Association as victims and another article referred to them and other pro-Israel students who opposed the MSA on campus as racists, in addition to calling for action to be taken against certain pro-Israel individuals who protested against Palestinian Solidarity Week. Subsequently, an investigation by the campus police concluded that no crime had been committed. No investigation was ever conducted against the Muslim Student Association for bringing anti-Semitic speakers to campus and not a single pro-Israel article was printed in the Diamondback that semester.

Similarly, according to The Diamondback, upon the formation of the Students for Justice in Palestine on campus, one UMD SJP President, Hira Zeb, brought in a speaker who declared that the “only good Zionist is a dead Zionist” during a Palestinian Solidarity Week that included the formation of an apartheid wall on campus.

The only action taken against the SJP was the removal of campus sponsorship for Palestinian Solidarity Week. The SJP chapter at the University of Maryland at College Park, which was inaugurated by Sana Javed during the fall 2009 semester, still exists today and continues to host anti-Israel events.

At the University of Maryland at Baltimore campus, the Students for Justice in Palestine chapter threw a pro-Israel student, Ben Halpern, out of a planning meeting just because of his beliefs, resulting in the chapter not being formed on that particular campus.

According to Professor Benjamin:

As a result of the hostile environment created by these chapters and their members, Jewish students have reported feeling physically unsafe, harassed, and intimidated while on campus, and some have even reported leaving the university, avoiding certain parts of campus, and hiding symbols of their Jewishness.”

Benjamin believes that it is possible to be pro-Palestinian without adopting violence, intimidation, anti-Semitic hate speech, or supporting terrorism as part of ones discourse or strategy, yet the Students for Justice in Palestine and other similar groups have not chosen this route. 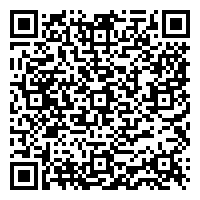