These days, the Arab media are full of reports about diplomatic activities regarding the Syrian issue, and commentators’ articles dealing with this matter fill whole pages in the newspapers of the Arab world. They all try to ascertain if there will be an American military action, what its scope will be, how powerful it will be, what its goals will be, how long it will last, and especially, what the consequences of the action will be. But there is one important voice which is almost not heard at all in this whole chorus of analysts – the Saudi voice – and it seems that someone there – the king? – may have imposed a gag order on the commentators.

To get a deeper understanding of the reason for this, I contacted a Saudi colleague, with whom I correspond occasionally. He is a member of the royal family, but is not in the inner circles of decision making. Nevertheless, he is well acquainted with the way the Saudi leaders think, he is aware of the considerations and feelings that drive it and has a deep understanding of what is said and what is not said there. At first he refused to speak, and only after a “preliminary conversation” did he consent. This is how it is in the Middle East: everything is based on personal relationships, and Arabic is the entry bridge into the emotions of the region’s people.


He preferred to speak about “The Gulf,” not Saudi Arabia, in order to present a united front regarding the events in Syria and its environs. This is not exactly correct, because the positions of Saudi Arabia (which is the main supplier and supporter of the Salafi fighters in Syria) and those of Qatar (which stand behind the Free Syrian Army), are not identical, and the United Arab Emirates is much more active than Oman. But despite the differences in approach among the members of the Gulf Cooperation Council, their basic attitudes are very similar.

My colleague hinted at an important aspect of Middle Eastern character, which is “murou’a” – “manliness.” A man will always be sure to act according to rules of manly conduct, and will make every effort to avoid feminine patterns of behavior. Emotionality and whining are considered feminine qualities that express weakness, while a male is expected to keep a cool head and emotional balance and remain calm and functional even in difficult and complex situations. It seems that the Saudi government’s silence during the last few days stems from this characteristic. One could say that the greater the internal emotional stress, the quieter and more relaxed the Arab man will try to appear. It relates to the obsession with honor, because if a man sounds like a woman he is considered contemptible.

The longer the conversation continued, the more open it became, and the more my colleague complained about the Western world in general and the United States in particular. “You (he included Israel in the Western world) speak all the time about human rights, so why are you quiet about what is happening in Syria? After chemical weapons have been used ten times, you still do not manage to find a reason to eliminate Asad? Are two hundred thousand fatalities not enough to bring you out of your complacency? Is issuing condemnations the only thing you can do? Making threats without carrying them out? You have all of the proof you need to do what you said you would do, so why are you not doing what you promised?” And then came the knockout question: “Is the Libyan’s blood redder than the Syrians’? Or maybe Libyan oil is blacker than Syrian oil?” These things were said somewhat scornfully, because the coalition of Europe and America attacked Qadhaffi for less terrible things than Asad is doing.

I asked him: “So how should the Arab world deal with a mass murderer?” He answered with a rhetorical question: “Don’t you know what Saudi Arabia has done and is still doing for the Syrian people?” He was referring to what Saudi Arabia usually does: it gives money, lots of money, for purposes that it believes in. Saudi Arabia – and all of the other Gulf countries – have poured many billions of dollars into the Syrian rebellion to pay the fighters, to buy weapons, ammunition, communication devices and civilian aid, and even to bring women to Syria in order to “serve” the fighters. Saudi Arabia funds training camps in other countries that train fighters to join the fight against Asad in Syria. 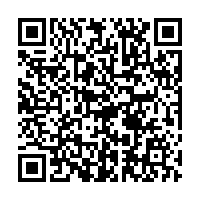