In a recorded interview at the Ohio State national conference, Adam Shapiro, a co-founder of the ISM, personally told me there are plain-clothed Palestinian handlers at every ISM demonstration that direct the activities. I was also told about how ISM activists serve to draw sniper fire down on IDF soldiers when desired. Lisa Nessan, one of those ISM trainers, told me at an ISM Georgetown conference that standing as a human shield in front of an armed terrorist as he threw rocks or shot at an Israeli soldier was indeed considered “nonviolent.” Joseph Carr, a.k.a. Joseph Smith, another ISM trainer, told me in a recorded phone interview how he and Rachel Corrie retrieved the dead body of a Hamas terrorist in Gaza from a combat zone only weeks before she was killed by an IDF bulldozer. When asked whether he feared arrest by the IDF back then he blithely replied ‘no’ because he knew that Arab snipers would be there to fire at them. Rachel Corrie, who was trained by the ISM and had read their manual, also knew that Arab snipers would shoot at the IDF soldiers driving that bulldozer had they exited it to remove her. 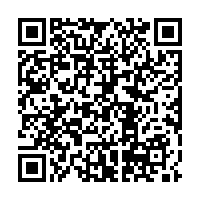