If you have never understood U.S. Middle East policy  here it is: The  (wrong) response to September 11.
What do I mean? Simple.

There are two ways to respond to September 11:

A. There is a struggle on with revolutionary Islamists which is a huge battle that is parallel to the Cold War or the Allied-Axis conflict. America must organize a united front to fight this battle against the Islamists:

Sunnis or Shia; Turkish, Iranian, or Arab; the Muslim Brotherhood, Salafist, and al-Qaida. Hamas, Hizballah. And the Taliban.

B. Or, what appears easier, having a lot more allies and fewer enemies (I said seems) only to focus on al-Qaida. That’s the problem! After all, who else attacked the United States, Great Britain, Spain, and Kenya? Etc.? And anyway, the conflict is probably America’s fault or a lack of communication.

That’s it. Honest. And guess what? The Washington insiders, “experts” (anything but), officials, lots of intelligence (people and also John Brennan, the head of the CIA), a lot of military officers, and lots of sectors of the Republican party (especially Senator John McCain) believe this.

It is not healthy in Washington for one’s career not to believe it.

But after all, it is understandable (albeit also inaccurate and stupid).

Look at this point:

Who do you believe is an enemy who wants to fight and hurt America and the West?

A. The Syrian and Egyptian Muslim Brotherhoods, the Salafists, al-Qaida. Hamas, Hizballah, the Taliban, Iran, and Turkey.

See what I mean?

Suppose we could get all these non-al-Qaida Islamists as allies?

Suppose we could get all these non-al-Qaida Islamists to repress al-Qaida and so stop terrorist attacks?

Wouldn’t that be an easier task? One that would theoretically involve costing fewer American lives, less money, and be more popular with voters?

And finally, of course, that’s what the president and mass media believe.

The problem is, though, that gets the Islamist ideology wrong. Al-Qaida and the other revolutionary Islamist have different tactics but not different goals. Learning that lesson will take years and be very painful. The wrong ideas are deeply embedded in large parts of the arrogant, ignorant, and financially interested establishment.

You should understand that: It is not acceptable in official Washington or its peripheral sectors to say that the Muslim Brotherhood (Egypt, Syria, Hamas) is a terrorist group.

It is not acceptable in official Washington or its peripheral sectors to say that the Muslim Brotherhood (Egypt, Syria, Hamas) is an anti-American group.

BUT  IT IS PERFECTLY ACCEPTABLE TO CLAIM THAT THE REPUBLICANS ARE TERRORISTS, HOSTAGE-TAKERS, AND ANTI-AMERICANS.

Well, consider this from my mentor Walter Laqueur who is now in his 92nd year and still writing brilliantly:

“Another factor frequently overlooked is the reluctance to admit mistakes which also seems hardwired to the human brain.  Perhaps most important of all is the crucial factor of moving with the right crowd.  As Jean Daniel put it:  Better to be wrong with Sartre than right with Raymond Aron (originally it was Camus). Sartre might have been consistently wrong in his political judgment and Aron almost always right. But did it really matter very much?  Aron and Isaiah Berlin might have been right but during the cold war they were pro-American and this was not good at all– even if their American connections were mainly  with  liberals. This is how reputations quite often develop and how they endure. It is an interesting  issue certainly in need of further investigation.” 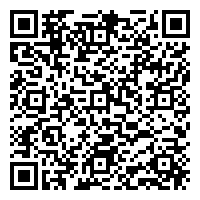