Support for people who criticize their own Western democratic societies is now all too apparent among many Western intellectuals, academics, members of the media, international organizations, and religious groups which, while refusing to challenge cases of injustice, particularly in Muslim countries, instead criticize and condemn the state of Israel at every turn, despite the continuing physical and rhetorical aggression against it.

Intellectual support for, or acquiescence in, tyrannical regimes and unjust rulers is familiar in history. It runs from Plato supporting the tyrant of Syracuse; Seneca praising Nero; Aristotle advising Alexander the Great, and it extends to modern times with individuals such as Martin Heidegger approving, for a time, Hitler, and Maurice Merleau-Ponty, who, in 1947, justified the fraudulent Moscow Trials which condemned the Russian critics of Stalin.

The Dean of Canterbury in Britain for over 30 years, Hewlett Johnson, embodied a deluded, fanatical mind at work: safe in his ecclesiastical position, and suffering no penalties for his utterances and actions, Johnson was a life-long admirer of both Communism in theory, and the Soviet Union in action. He defended the Nazi-Soviet Pact of September 1939 — the prelude to Hitler’s start of World War II. Johnson’s undying admiration for Communism led him to defend both the arrest in 1949 on false charges, of Cardinal Mindzenty by the Hungarian secret police, and the Soviet invasion of Hungary — for which he was awarded the Lenin Peace Prize in 1950, and the Stalin International Peace Prize in 1951.

As George Orwell – himself familiar with such “fellow travelers” of the Soviet Communist regime who, in their irresponsible fashion, supported or excused that regime despite its tyranny and brutality, and at no cost to themselves – wrote, “So much of left-wing thought is a kind of playing with fire by people who don’t even know that fire is hot.”

These critics, consciously or not, are now allying with groups and states whose open, ultimate, objective is the destruction of the state of Israel. In fairness, people with this mindset have, in recent years, also supported worthy causes, such as sanctions against the apartheid state of South Africa and calls for its abolition. Such support, however, could hardly be considered courageous: no one had to pay any price for it; on the contrary, there were benefits, both ideological and personal, such as enlarged self-esteem or glory in success.

What is important is that the compassion shown by these individuals has not been present in the face of gratuitous attacks on democratic values, or in the face of aggression, physical and rhetorical, against the state of Israel. Nor have Western Europeans, at least, been willing to face the real problems currently exponentiating there, such as the mass immigration of people from other cultures, who have failed to be successfully integrated into Western societies, as well as the rise of Islamism. The critics of their own democratic societies rarely discuss the real difficulties, both demographically and politically, of the multicultural societies of Britain and France, or what the significance might be of over half the Muslims in Britain believing that it was actually the CIA or the Israeli Mossad which were responsible for the 9/11 attacks in New York City.

What can explain this failure by self-proclaimed high-minded people to respond not only to the physical violence against a tiny democratic ally, but also to the attacks on free speech, or the attempts to prevent criticism of some activity supposedly based on religious principles, such as Christians continually being burned alive in their churches in Nigeria by the fundamentalist goup, Boko Haram [literally: “Western Education Is Forbidden”], or the the possible judicial murder by Iran of Pastor Yousef Nadarkhani for refusing to recant his conversion to Christianity, or Iran’s illegal, ongoing threats of genocide against a fellow member of the United Nations?

Part of the explanation, at least regarding Europeans, may be due to what Walter Laqueur, in After the Fall, called a “crisis of lack of will, inertia, tiredness, self-doubt, a lack of self-confidence.” Other people, who are perhaps seeking fame, or acceptance as politically correct, or even material rewards, or who are simply ignorant of political reality, pay no price for their appeasement of the actions and language of countries and groups that are critical of, and actively threaten, democratic values. 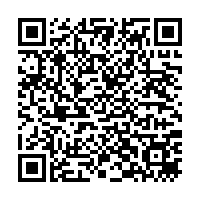