It might seem incredible to residents of and visitors to Yerushalayim, but the Arab world insists on categorizing important Jerusalem neighborhoods such as Gilo, Pisgat Ze’ev, French Hill and others as “settlements.” Though close to a quarter of a million Jews live in these areas, the Palestinian Authority still considers them “up for negotiations” and demands, even if only in principle, their demolition.

Most of these neighborhoods were built and populated after Israel liberated them from largely unrecognized Jordanian control in the Six-Day War of 1967. Of course, they are all built upon the remains of ancient Jewish settlements, or have signs of Jewish life from the First or Second Temple periods. During the construction of Gilo, for instance, archaeologists discovered a fortress and other remains from the times of the first Beit HaMikdash, and a biblical town of Gilo, slightly further south, is mentioned in the Books of Joshua and Samuel II. In Talpiyot there have been discoveries of Second Temple-era graves, and winepresses, graves and more have been found under Pisgat Ze’ev.


But one of these neighborhoods stands out in this respect: The northernmost one, a fascinating area named Neve Yaakov – a full-fledged Jewish community up until 1948. Today it is once again a thriving neighborhood many times larger than it was several decades ago, with a population close to 30,000. Despite this, the Arabs claim that this old-new village is “illegal.

Modern-day Neve Yaakov was first established in 1924 on a 16-acre plot of land purchased by members of the American Mizrachi movement from the Arabs of Beit Hanina. First called Kfar Ivri, its name was soon changed to commemorate Mizrachi leader Rabbi Yitzchak Yaakov Reines, who had died a decade earlier.

For a full quarter-century, until Israel declared independence, Neve Yaakov was a blossoming Jewish community. Its first houses were ready for occupancy in the summer of 1925, right around the fast of Tisha B’Av. Neve Yaakov’s Rabbi Yitzchak Avigdor Orenstein, later appointed the first rabbi of the Kotel, ruled that the new homeowners could move into their homes even during the Nine Days of Mourning, as the mitzvah of settling Eretz Yisrael took precedence. It took ten years until the 150 families were hooked up to a government water pipeline, and another four years for central electricity to arrive.

The residents of Neve Yaakov lived in relative serenity with their neighboring Arabs, but this did not help them during the Arab pogroms of 1929. Though no one was killed, Neve Yaakov was targeted in the violence, and some of its residents subsequently left. In 1940-47, a school for students from all over the country operated in Neve Yaakov, as did summer camps and convalescent facilities. Jerusalem residents would hike to Neve Yaakov for fresh milk from its dairy farmers. This idyllic existence ended during Israel’s War of Independence, when Neve Yaakov and neighboring Atarot were abandoned in face of an impending Jordanian Legion attack.

Following the 1949 cease-fire, the Jordanians took over the entire area, controlling it and destroying almost all vestiges of Jewish presence. This travesty ended with the Six-Day War, when Israel liberated all of Jerusalem and other parts of Eretz Yisrael. Three years later, after the official enlargement of municipal Yerushalayim, construction on the renewed capital city neighborhood of Neve Yaakov began. It is now the capital’s northernmost Jewish neighborhood.

Is it not ironic that the renewal of a decades-old Jewish town should now be considered an “illegal settlement” on “occupied territory”? In fact, it is neither illegal, nor a settlement, nor occupied.

It is not occupied, for no country ever was legally sovereign over it; only Britain and Pakistan in the international community recognized Jordan’s control over it. Neither is it a settlement, but rather, as above, a full-fledged part of Israel’s capital city. And it is not illegal, on two counts: For one, it was founded in the decade that the international community recognized, by way of the Balfour Declaration and a League of Nations resolution, Jewish national rights in the Land of Israel; in comparison, for the Arabs it recognized only individual “civil rights” there. Neve Yaakov was as legal as Tel Aviv. The only illegal aspect regarding Neve Yaakov was its destruction by Jordan, which occupied the area with no international recognition, as above.

The second reason it is not illegal is because no law deems it so. Australia’s foreign minister said last month that she knows of no international law that has declared Israeli towns in Judea, Samaria and Jerusalem illegal.

Yes, Article 49 of the Fourth Geneva Convention states that an “Occupying Power” may not “deport or transfer parts of its own civilian population into the territory it occupies.” But international law experts have shown how this does not apply to Israel and Judea/Samaria, for the following reasons:

1. Article 49 refers only to the occupation of territory belonging to sovereign states, which Jordan was not; see above.

2. Israel did not deport or transfer its citizens to the areas in question; they went on their own.

3. The Convention cannot possibly apply to Jews who already had a legal right, protected by Article 80 of the United Nations Charter, to live in these areas.

4. The official name of the document, “Convention (IV) relative to the Protection of Civilian Persons in Time of War,” attests to the background of its adoption: the need to protect people from Nazi-like atrocities. “Genocidal objectives” clearly cannot be applied to the Israeli presence in Judea and Samaria

In this light, let us consider the absurdity of the position of the Arab Peace Initiative (API) – the Arab world’s “official” peace plan, based on the Saudi initiative of 2002. A pamphlet promoting the API and published by the European Union states, on page 32, as follows: “[Regarding] the Jewish settlements in East Jerusalem: Since the text of the API is clear that East Jerusalem is a Palestinian territory, it can be concluded that all these settlements should be removed according to the API.” The pamphlet continues: “The logic here is very simple: If Israel wants West Jerusalem, it can take it, but it cannot share East Jerusalem and divide it with the Palestinians.”

The reader is forgiven if the “simplicity” of this “logic” escapes him. On the contrary: Israel’s claim to the entirety of Jerusalem is more solidly based, historically and legally, than the claim of any other international entity. As Jacques Gauthier, a non-Jewish Canadian lawyer who spent 20 years researching the legal status of Jerusalem and authoring a 1,300-page dissertation on the topic, has concluded: “Jerusalem belongs to the Jews, by international law.”

In addition to visiting Yerushalayim, there are many ways to learn about Jerusalem and become a strong advocate for keeping Jerusalem united under Israeli sovereignty. For information on our bus tours in news-making areas of Jerusalem, send an e-mail to tours@keepjerusalem.org or visit the Keep Jerusalem-Im Eshkachech website at www.keepjerusalem.org. 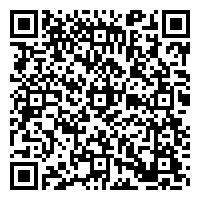