Why is Jerusalem always in the news? Why does much of the world feel that the Holy City should be divided in two – two capitals for two states?

To understand the story of Jerusalem, both past and future, imagine a five-story structure, with each floor serving as a foundation for those above it. The five floors are as follows:


Let’s briefly review these elements. When Israel became a state in 1948, Jerusalem was a divided city; what we call western Jerusalem was Israeli, and the Old City and areas to its north, east, and south were occupied by Jordan. It must be clearly understood that this occupation was illegal; the only countries that recognized it were Great Britain and Iraq (some say Pakistan as well).

Demarcating the Holy City’s division was an ugly wall that ran down its center. Only in 1967, upon the conclusion of the miraculous Six Day War was the city reunified. Israel’s defensive response to Jordan’s attack on the Jewish capital turned into the liberation of historically Jewish lands such as Judea, Samaria, and what was known as eastern Jerusalem. Israel then enlarged its capital’s municipal borders, and today’s united Jerusalem – all 126 square kilometers (49 square miles) of it – was born.

Which brings us to demographics. Eastern Jerusalem’s liberation increased the percentage of the city’s Arab population from a minuscule 1.4 percent to a whopping 26.6 percent. Today, it is approaching 40 percent. Jerusalem is now Israel’s largest city, with a population of over 900,000: 25,000 Christians; over 300,000 Arabs, mostly in the eastern parts; and 600,000 Jews – half of whom live in the west and half in the east-north-south.

If the Arabs continue to grow and ultimately decide to take part en masse in our democratic municipal elections, they are liable to vote in an Arab mayor. In a previous election, an Arab candidate ran on a platform of nothing less than “Jerusalem is Ours” – Muslim, that is.

The Arabs claim, and will certainly claim even more vigorously if they gain power, that the Jews have stolen Arab or Palestinian land. Which brings us to the third element – legal rights.

In actual fact, Palestinian Arabs have precisely zero national rights to Jerusalem. You wouldn’t know that from reading the mainstream news reports and analyses, however. The nutshell story is that in 1922, the League of Nations issued a unanimously-approved Mandate for Palestine which stated that the entire area, including Judea and Samaria, belongs to the Jewish People.

This document was never replaced or modified by any other decision; even the UN’s partition plan of 1947 did not displace it, for not only was the plan merely a non-binding recommendation, it was completely rejected by the Arab nations at the time. And so only the League of Nations document is applicable, giving full national rights to the Jews alongside individual civil rights to the Arabs living here.

It is a KeepJerusalem axiom that most people are simply misinformed or ignorant of these facts and that it is our mission to educate them. Much of the world sides against Israel, but not necessarily because of anti-Semitism; most people don’t even really know why they are against Israel. We find that when we show them the facts, a shift takes place in their thinking.

The fourth element is security. Dividing Jerusalem again would bring Palestinian terrorism right to the doorstep of the city’s Jewish population. In addition to the loss of life, many Jews would leave and many tourists would stay away, thus strangling the city and stifling its development. The consequences for the Jewish character of Jerusalem, for free access to holy sites, and for the national morale of the Jewish people would be disastrous.

What, then, must be done? We at KeepJerusalem have initiated a detailed plan called the Jerusalem Shield Program. Its most important features are: a massive increase in affordable Jewish housing; the expansion of municipal Jerusalem to include outlying towns such as Maaleh Adumim, Beitar Illit, and Givat Ze’ev; and the transition of two large Hamas-dominated, crime-ridden Arab neighborhoods into Israeli municipal councils outside Jerusalem borders. 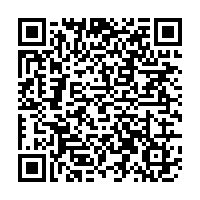