With the international community barely having finished expressing its outrage over Israel’s decision to build in E-1, between Jerusalem and Maaleh Adumim (reported at length in last week’s column), two other similar decisions have been made that are sure to re-ignite the flames.

Israel’s urban planning committees have approved two additional large-scale building projects in Greater Jerusalem, i.e., areas liberated in the Six-Day War of 1967. A visitor from another century might wonder how Israel still manages to find itself on the defensive over such decisions, close to a half-century after returning en masse to its holy and historic capital.

The two decisions concern Ramat Shlomo, in northern Jerusalem, and Givat HaMatos, in the south. The former is a haredi community of 20,000 situated between Ramot to the west and the Arab neighborhood of Shuafat to the east. Its planned expansion has been a classic case of getting hit with the spoiled fish and having to eat it: Israel paid dearly in its relations with the United States when it originally announced the new construction there three years ago – precisely in the middle of an official visit to Israel by Vice President Joe Biden. Now, with no progress having been made on the project since, comes this new announcement on the final approval stage – and Israel will again be subjected to an international outcry.

The original plan called for 1,700 new housing units, but this number was pared down by the District Housing and Planning Committee to 1,500 after it heard objections from Shuafat residents.

On Tuesday, the same committee approved some 3,000 new units in southern Yerushalayim, between Gilo to the southwest, Beit Tsafafa (Arab) to the immediate north (where approximately a quarter of the apartments will be built), and Talpiot to the northeast.

The neighborhood to be developed is Givat HaMatos, or Airplane Hill. Its name memorializes the Jordanian downing of a two-engine Israel Air Force plane there during the Six-Day War; pilot Lt. Dan Givon was killed. In 1991 it was used to house hundreds of families of new Ethiopian Jewish immigrants. Currently, however, only a few remain, and the neighborhood has essentially become desolate.

It can now be expected, however, that within a few short years this forlorn area will go the way of the rest of the Land of Israel: From barren emptiness to blooming growth.

It is a matter of consensus that Jewish growth and expansion in neighborhoods such as Givat HaMatos and Ramat Shlomo are critical moves at this time, and will have a major effect on future arrangements with the Palestinian Authority and the Arabs in the Land of Israel. Aviv Tatarsky, spokesman for the Ir Amim group working on behalf of Arabs in Jerusalem, said, “The more massive is the Jewish construction in Jerusalem, the more complex and difficult it will be to divide the city and reach an arrangement with the Palestinians.”

Jerusalem City Councilman Yair Gabbai agrees, but from the other side: “Jewish building in Jerusalem is what will guarantee Israeli sovereignty throughout the city and the future of the young generation that will live here. We still need another 20,000 housing units, however.”

Among the Jewish-owned plots of land in Givat HaMatos is that of 82-year-old Yitzchak Herskovitz of Kiryat Arba. He fought in Israel’s courts for 18 (!) years to oust an Arab Bedouin clan of trespassers from his property. The squatters had run away from the Bethlehem area after a lethal feud with Arab neighbors, and their presence in Israel proper was illegal. With his tenacity, Herskovitz succeeded not only in redeeming the property from Arab occupation, but also in making it part of a new, thriving Jewish neighborhood. He is now seeking to develop the plot for the purpose of affordable housing for young couples.

More than 50,000 new housing units are planned for Jerusalem in the coming 20 years – and the lion’s share of them are to be built in the areas that were liberated during the Six-Day War. The trend indicates that neighborhoods such as Gilo, N’vei Yaakov, and Ramot – which some news media and others still call “settlements” – will not only remain under Israeli sovereignty under any arrangement, but will also become the locations of choice for future construction in Jerusalem. 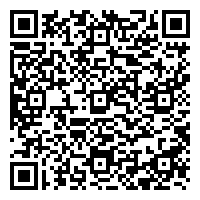