I have listened to all of [this new Knesset’s] debut speeches: excellent speeches, some of them virtuoso speeches. But when I listened to your speech, [Yesh Atid] MK Mickey Levy, a former police major general, a person who I was used to seeing on the other side of a great divide – you as a police officer; myself as a protester – when you spoke about how you lost your brother in the Jordan Valley, my heart skipped a beat.

I was a young platoon commander on duty in a reserve unit. A new regiment commander had been assigned to our regiment and the commander came to visit our position in the Jordan Valley. He asked me, in front of my soldiers, if all was well.

“Look over there,” I said to him. “Anybody can cross over that bridge and continue up that path there, hidden from view, come around the back of our position, enter without anybody even noticing, and shoot.”

Much to my surprise, the regiment commander became furious. He admonished me in front of my astounded soldiers and angrily left our position. I was confused. “He probably knows something that I don’t know,” I said to myself, putting the incident out of my head.

Our tour of duty finished. I came home. Approximately one year later, I heard that an IDF soldier was killed at that position in the Jordan Valley, precisely as I had warned. And here, Mickey, in our opening speeches in the 19th Knesset, this story has come full circle. (Editor’s note: At this point, Mickey Levy wiped tears from his face).

My heart ached. I was terribly angry at myself. I should have protested, left my position against the rules, and demanded the attention of the brigade commander. I should never have believed that my commanding officer knew something that I didn’t know.

Remember, members of the 19th Knesset, that when we adopt somebody else’s worldview, we betray our duty. The agenda in which we believe is our responsibility and our authority, and we must do all we can to bring it to fruition.

A few years later, the Oslo Accords came into our world. Once again, I clearly saw the catastrophe about to happen. I saw the thousands of victims and, even worse, the loss of legitimacy for our very right to exist as a state. For if you recognize the “Organization for the Liberation of the Land of Israel from its Jews” – the PLO – what can you possibly claim?

This time, I did not remain silent. The entire country stood and cheered the emperor’s new clothes and I insisted on telling the truth.

The civil disobedience we adopted in the Zo Artzeinu protests was the greatest display of liberty and democracy that the state of Israel has ever known. Unfortunately, those protests did not stop the Oslo Accords or the destruction of Gush Katif. Even though Tel Aviv is now targeted from the ruins of Gush Katif, the Oslo worm continues to destroy us from inside. Today, as we speak, Israeli forces are destroying Ma’ale Rehavam.

When, against all odds, we managed to restore the Likud and the national camp to power in 1996, it turned out that the Right really didn’t have an alternative to Oslo. Then I understood that the debate is not really between Right and Left. It is not a debate over territory. It is a debate of identity. It is a debate between the Jew and the Israeli. The fact that the Right ascends to power is not enough to stop the deterioration. It is imperative to infuse our national conversation with Jewish meaning and content.

Two thousand years ago, we went into exile and it was not at all clear how we would survive without the Holy Temple – bereft of the authentic Jewish culture of a nation in its homeland. Then the Jewish nation invented the most successful start-up in history. It is called the Jewish religion. Judaism, which is much more than just a religion, discarded its territorial dimension and became something adaptable to the individual, the family and the community, something that can be packed into a knapsack and moved to a new place every time the Jews had to flee violence and pogroms. Religion became the lifeline of the Jews in exile. 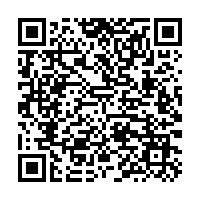