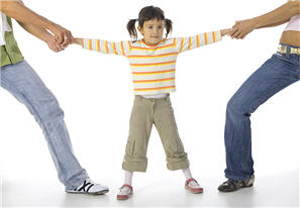 The marriage is ending.

Let’s start with some facts. In the general population, 50 percent of marriages end in divorce within 10 years. Sixty percent of divorces occur among couples between the ages of 25-39. More than a million children are affected by divorce per year. Half of these children will grow up in families where the parents stay angry and resentful toward each other.

In the Orthodox world the figures aren’t quite that high – but they are accelerating rapidly. Years ago a couple got divorced for “extreme” reasons: domestic violence, child abuse, sexual abuse, infidelity, or untreatable mental illness. Now it’s those reasons and more. Couples get divorced because they are too impatient or intolerant or not emotionally connected enough to see crises through and learn the skills that can help them have a really good relationship and a really good marriage.

Landmark studies like the ones done by Judith Wallerstein and others indicate that years after a divorce both men and women are still quite angry with their former spouses. It is important to remember that anger often is the manifest, or outer, layer of emotion that is being used to cover up underlying feelings of sadness, pain, shame and despair.

This anger can be dealt with in many ways. Some turn their anger inward, causing depression. Many use their anger to bitterly malign the former spouse. Often the goal is to destroy any possible relationship the ex might have with the children, the rationale being that the ex-spouse is not worthy of a parent-child relationship.

Even in the best of circumstances – what we might call an “amicable” divorce –children will be affected in a highly emotional and significant way.

The goal of a “good” divorce is for parents to communicate effectively, without bitterness and rancor, and not let the children get caught in the middle. Their commitment to their children should fuel their energies and enable them to work together to help their children cope and adjust to the changes brought on by the divorce.

Unfortunately, more often than not we see maligning, accusations, spitefulness and deep anger. This creates an environment for the children that is fraught with instability, despair, confusion and frustration and that can only lead to feelings of low self-esteem and poor adjustment in all areas of living – psychologically, socially, academically and behaviorally.

In other words, the negative reactions and behaviors of the parents are what prevent the children from coping and adjusting properly, not the divorce itself.

This fundamental and crucial concept is difficult for parents to digest and internalize. Why? Because it requires them to own their feelings, to own their behaviors and to realize it is their behavior, not just the behavior of the other parent, that can be harmful to the child.

Several years ago I spoke to a group of parents concerning “doing it all and self-care.” Consider the following scenario: You are on a plane, awaiting takeoff. The flight attendant begins her (or his) safety and security announcements. At one point she notes the oxygen mask stored above and states that if oxygen is necessary, a mask will drop down. She describes how the mask must be placed properly over nose and mouth. And then she emphasizes that if you are traveling with a small child, put the mask on yourself first, before you place the mask on your child. Because you can’t care properly for your child if you haven’t properly cared for yourself.

Parents who are divorcing or divorced need to take care of themselves so that they will have the positive energy to care for others, particularly their children, who need them more than ever at this time. Some ways include:

• Support Groups. Hearing that you are not alone and that your situation is not entirely unique can be supportive and helpful. Sharing experiences, and giving and getting advice to and from others, can be nurturing and empowering.

• Friends and Family. Allow yourself to get the support and empathy you need by allowing friends and family members to pitch in and help you, whether by babysitting, taking your child to shul on Shabbos, or going out for some relaxation time together. It is best to choose family members who can be strong with you and for you, who can respect your privacy and understand their boundaries.