(Reprinted with permission from Liberty Unyielding) Activists from the San Francisco area BDS movement (Boycott, Divestment, Sanction) against Israel pulled a stunt over the last two and half days in Oakland, over which they are crowing loudly at the moment. It isn’t likely to amount to much. But it has revealed, as such events do, the links among radicals and terrorists.

Operating under the slogan “Block the Boat,” the BDS groups put together a demonstration at the port of Oakland, intended to prevent the longshoremen who work there from unloading cargo from the ZIM Piraeus, a ship operated by ZIM America Integrated Shipping Lines.


ZIM is the main Israeli shipping company. ZIM Piraeus is probably carrying little if any cargo that originated from Israel; ZIM is a global company which provides shipping services to contracting customers, and ZIM Piraeus is transporting cargo from the duty free zone at the port of Colon, Panama to Oakland. (ZIM Piraeus left Colon on 7 August, according to online ship tracking sites. Prior to Colon, ZIM Piraeus was in Kingston, Jamaica on 4 August; Halifax, Nova Scotia, on 31 July; and Newark, NJ on the 29th. She went to Newark in July from Colon.)

ZIM Piraeus isn’t Israeli-owned or flagged, incidentally. The owner is Costamare, Inc., a Greek-headquartered fleet operator incorporated in the Republic of the Marshall Islands. (ZIM Piraeus, a Panamax container ship, was built in Greece too.) Costamare, Inc. has ZIM Piraeus registered (flagged) in Hong Kong. ZIM America contracts with Costamare to manage and operate ZIM Piraeus. The ship’s crew would be an international mix of mariners, and quite probably has no Israelis at all.

Given the ship’s stop in Colon before heading to Oakland, the most likely origins of any cargo she’s carrying to Oakland are China and the nations of Latin America. The companies expecting the cargo are, of course, in the United States.

ZIM Piraeus was reportedly supposed to dock on Saturday, but appears to have delayed her arrival because of the protests, which began prior to the originally scheduled arrival time. Today’s protesters may not remember this, but ZIM undoubtedly does: in 2010, when protesters in Oakland sought to interdict the offloading of another ZIM-contracted cargo ship, the ship delayed her arrival and was able to unload cargo with no problem. The protesters succeeded only in preventing an innocent Chinese cargo ship from unloading her cargo.

So ZIM tried the delaying tactic again. Piraeus didn’t enter port until Sunday afternoon (the 17th). The protesters were still there, however, and in a triumph of prior coordination, the longshoremen’s local, ILWU 10, decided not to brave the protesters to get to their shift, deeming the demonstrators’ presence to create an “unsafe environment” for the workers. (Late-breaking: as this goes to post, tweets from activists on scene indicate the longshoremen declined to make their shift for the second day in a row.)

Under normal circumstances, the port operator and the longshoremen’s union would have an arbiter adjudicate such a situation, since the longshoremen would be bound contractually to show up for work and unload the ZIM Piraeus’s cargo. There would be a third party imposing some accountability on the union. But this is one of a handful of reasons why the current BDS triumph is likely to have little impact. The longshoremen’s contract expired on 1 July, and they’ve been working in the weeks since without one. That makes their status a gray area – but it’s a condition specific to the present moment. 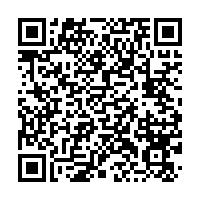