It was predictable. Shimon Peres barely had five days of rest in his fresh grave on Mt. Herzl in Jerusalem before the Obama administration began to use the “Peres legacy” as a club with which to browbeat the Netanyahu administration.

Responding to plans for expansion of the Shvut Rachel neighborhood in the Shiloh settlement in Binyamin (in order to compensate homeowners of the nearby Amona outpost, ahead of a court-ordered December demolition), the State Department went berserk on Wednesday.


“Proceeding with this new settlement is another step towards cementing a one-state reality of perpetual occupation that is fundamentally inconsistent with Israel’s future as a Jewish and democratic state. Such moves will only draw condemnation from the international community, distance Israel from many of its partners, and further call into question Israel’s commitment to achieving a negotiated peace,” boiled John Kerry’s spokesman, Mark Toner.

And then he added this kicker, evoking the passion of Peres for Palestinian statehood as the ultimate moral compass: “Furthermore, it is disheartening that while Israel and the world mourned the passing of President Shimon Peres, and leaders from the US and other nations prepared to honor one of the great champions of peace, plans were advanced that would seriously undermine the prospects for the two state solution that he so passionately supported.”

In other words, the ghost of Peres is the new cudgel to be wielded against Prime Minister Netanyahu and anybody that runs afoul of US President Obama’s ideological commitment to “justice” for the Palestinians.

That’s what Obama was saying when he spoke at the state funeral on Mt. Herzl last Friday about Peres’ “moral ‎vision” and passion for “justice”; contrasted with his concerns about those who only ‎see “the true wickedness of the world.”

That’s what Obama meant when he spoke ‎about the “dehumanizing” and “unfinished business” of peacemaking with Palestinians, and ‎talked about security that can come only from “true peacemaking,” and by ending ‎Israel’s “slave”-like rule over the Palestinians.‎

I immediately understood Obama’s speech as a warning of “tough love” that can yet be ‎expected of him in the waning days of his presidency, and beyond; of determined action in support of “justice” for the Palestinians (– yes, there is that word again!) that Obama will yet dish out while citing the legacy of Peres as cover.

He is citing the “legacy” of Peres as cover for pressure on Israel, and brandishing Peres’ so-called peace bequest as a battering ram.

Alas, the love expressed for Israel by the scores of kings, princes, presidents, premiers, and ministers who flocked to Jerusalem last week for the Peres funeral is largely a love for the Israel of Oslo; the Israel that makes broad concessions and takes delirious risks for peace, etc.

It is almost as if Israel can be loved only if it talks and walks in Peres’ footsteps. If Israel ‎chooses a different path – which it clearly has after 23 years of Oslo-spawned ‎diplomatic disaster – it can’t be deserving of the world’s love. Unfortunately, this is the tone that runs as an undercurrent through much of the international media comment following the passing of Peres.

This is also the not-so-subtle anti-Netanyahu diplomatic discourse underlying the otherwise deserved paeans of praise to Peres. To wit: ‘Oh, what visionary and sophisticated and broad-minded leaders ‎Israel once had, and what hard-headed, small-minded, dark and ‎depressing leaders Israel has today!’

SO WHILE DEEPLY appreciative of the fact that many statesmen, dukes, dames and duchesses arrived in Israel on short ‎notice from all corners of the world to attend last week’s grand funeral, I nevertheless have to wonder whether the extraordinary event isn’t going to boomerang on Israel; to be used a bludgeon against the current government of Israel.

I ask: Will the Peres-legacy-animated friends of Israel be there for the people of Israel and ‎the State of Israel not just at funeral time or peacetime, but also in times of crisis? Will they stand up for Israel also when it runs into conflict and needs their hard-‎core political, not just sentimental, backing?

After all, Israel’s reality is a Hobbesian one, with conflict and the use ‎of hard power a foreseeable and persistent feature of this country’s political future. In addition, significant Israeli withdrawal from Judea and Samaria, civilian or military, is not in the cards any time soon, if ever; all the pining for Peres notwithstanding.

So when the Israel Defense Forces next have to crush the Iranian-backed Hamas and ‎Hezbollah armies that are arrayed on our southern and northern borders – armed as ‎they are with hundreds of thousands of missiles aimed at this tiny state – will global leaders ‎support Israel or condemn her? ‎

Will they rush to take our side as they rushed to last Friday’s funeral, or will they hurry to ‎indict us in the courts of global opinion as they have done too many times in past?‎

When the IDF is forced to interdict Palestinian terrorists planning to blow up Israeli ‎buses and cafes, requiring mass arrests or significant crackdown in Hebron, will they ‎show understanding and love for Israel as they showed for Peres?

Or will American presidents and European prime ministers ‎extend to us only “tough love” leading to unfair rebuke; warn of our “deepening ‎isolation”; and point to settlements as “proof” that Israel is the warmonger?

Take Prince Charles, for example. He has visited Israel only twice – for the funerals of Yitzhak Rabin and Peres. He comes to bury Israeli leaders. Neither he, nor any ‎other member of the British royal family ever has made a proper visit to Israel.

In ‎close to 70 years, no British royal has visited the Knesset, Yad Vashem, the Old City of ‎Jerusalem, or the vineyards of Judea. The living, breathing, renaissance of the Jewish ‎people in their ancient homeland doesn’t rank a visit. Only funerals cut it.‎

Unfortunately, such tentative, tenuous support for Israel is becoming more and more ‎politically correct in global capitals. On our toughest existential issues (like the conflict ‎with Palestinians and with Iran) we are not so beloved.‎

So excuse me if I am a somewhat skeptical of the love lavished on Shimon Peres and on Peres’ dreamy vision for Israel last weekend. We should appreciate such friendship, but remain a bit wary of ‎it too. 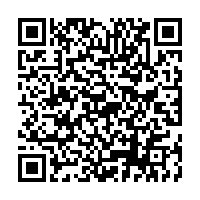