My late father was a survivor of Auschwitz.  He arrived there as a young Hassid from a Jewish village in Poland, and he left as he had arrived, with his faith intact, and with an awareness that following the Holocaust, he must not be tempted by the offers of the JDC and HIAS to travel to America.  As he put it one of the few times he broke the long silence that characterized his life: “The time had come to go home.”

He went to fight in the War of Liberation, although my mother, who had survived the ghettos, already was carrying me in her belly.  They had made a decision to build a family together, and were married by a British military rabbi in a Cyprus detention camp for Jews who attempted to break the British blockade of the Land of Israel.

Upon arriving here in Israel he was immediately conscripted and sent to infantry training and then to serve at Haganah positions.  He left my pregnant mother in a village in the north with other families that had come from the gloom of the Diaspora and forged a community of Hassidic laborers out of its wreckage.

Alongside him served other survivors.  The cynics among them would later laugh about those days of “Yiddish soldiers” whose maneuvers were executed in exquisite Yiddish that to my ears sounded like a Dzigan sketch.   I remember their reminiscences about mortar-firing exercises accompanied by otherwordly orders straight out of the shtiebl.  “Arise, Reb Yechiel—honored with the firing of one bomb!”

As much as this was a Hassidic community, it was a Zionist one, at once hard-nosed and idealistic.  Its members took Independence Day with the utmost seriousness, and recited the formal blessing over the Hallel prayer.  “Anyone who wasn’t there has no business telling us not to say a blessing,” Daskal, the synagogue manager, once said to me.  He would later lose his son Ya’akov, a brilliant yeshiva student, when he fell with two fellow students in a terrorist ambush in the Jordan Valley.

There was no quibbling with decisions as to who was called up for duty.  Encounters at the shtiebl between Torah students and fighters lacked the tension that is there today.  There was agreement that everyone was on a mission, whether a military mission or one of Torah.

“A Head with Tefillin”

It was the first day of the Yom Kippur War.  We were in the middle of the Mussaf prayer, and I was there in my commanding role in the Hassidic choir as we sang “Be with the mouths of your people the House of Israel.”

My mother, who had been informed well in advance that two consecutive calls were due cause to pick up the phone on a Shabbat or holiday, arrived at the synagogue and hurried me out.

“I think they’re calling from your unit,” she said nervously.

Before saying goodbye to me, the old Hassidim sent me to receive a blessing from the rebbe of the neighboring shtiebl, who was considered a miracle worker.  He too had come from there.

With the convulsions of war and the battles, I moved around between various units so as to stay on the front.  As time went on, as would be expected of me, I lost more and more of my equipment—but not my gun or my tefillin.

My gun—granted, but tefillin?  To understand that you have to know a story from my youth.

One day in yeshiva I received a package of cookies from my mother, accompanied by an agitated letter from my father.

“My dear son,” he wrote in the rugged handwriting of a manual laborer, “you know what ‘a head without tefillin’ is.  But the head of the yeshiva has informed me that you missed putting on tefillin one day!”

He continued, adding that in Auschwitz there were no tefillin, until in 1943 a certain group of Hungarian Jews arrived.  When he heard that they had a pair of tefillin, he began crossing the fence that separated him from them very early each morning to put on tefillin for a moment and say “Shema.”

“Let this deed not seem trivial to you,” he wrote in Diasporic Hebrew.  “It was a very difficult thing to do, it was cold, and I stood the risk of missing the distribution of rations—and someone who missed receiving food for one day was in danger.  Nevertheless, this was [serving God] ‘with all your means.’”

When I came home I wanted to hear more of the story.  Was the fence electrified?  It wasn’t every day that he opened up, and I wanted to take advantage of the opportunity.

“But wasn’t your life at risk?!” I said deviously.  “Is it really permitted to risk your life in order to perform a mitzva?”

That already was a halakhic discussion.  He responded.

“True.  As soon as I saw that other Jews were copying me and waiting on line, I stopped.”

I took this story with me to every war.  Before beginning a day of forced labor, a Jew goes and finds other Jews like him waiting at dawn on a long line to put on tefillin.  Just so they would not have “a head without tefillin,” as the Talmud puts it.  How then could I not be sure to put on tefillin every day?

Still, the Lebanon War came and, as luck would have it, my tefillin remained in the APC behind the lines with the rest of my equipment, while I was in the alleys of Baabda at the entrance to Beirut, part of the first battalion to arrive there.  A few inquiries later a pair of tefillin was found for me, and I went to the side, dressed in tefillin and talit.

Suddenly an Arab couple appeared, a man and woman dressed in their finest.  They drew closer, heading straight for me.

I pulled my gun out of the folds of the talit.

“Rifa ayadikum!” I ordered in Arabic.  “Put your hands up!”

As they stood there opposite me, their hands aloft, the man made a gesture to his wife with his raised hand.

“Prove it,” I countered.  “What does it say inside this box?” as I pointed in the direction of my forehead.

“Shema Yisrael,” she answered, lowering one hand from above her head, covering her eyes, “Hashem elokeinu, Hashem echad.”

I could feel my father standing there with me, and his fathers as well.

“How great tefillin are,” I thought.  “They connect different worlds and different generations.  If I hadn’t been wearing them, the lost daughter who married a Christian man might not have dared approach the enemy invaders.  She might never have reconnected with her family in Bat Yam.”  Now, as she told the story of her family members with whom she had lost contact when they departed for Israel, the connection was renewed.

One good deed leads to another.  I don’t know what happened to that woman, but maybe, just maybe, her earth-shattering “Shema Yisrael,” together with the prayers for the safety of our soldiers, gave us the boost we needed in the ensuing battles.

I have a strange occupation: I attend funerals and memorial services.  After a recent funeral, I had a dream in which my father appeared, waking me with his numbered hand.

“I heard you cry.  I know you.  You’ve cried every time since you came back from the Six-Day War as a young man.  Anyway, I thought I heard you crying from up here, so I came.”

“I’ve told you a thousand times you don’t have what to cry over.  We didn’t cry ….”  He gestured with his numbered hand.  “What we went through without crying … Thousands of us killed every hour, herded by the hundreds into the crematorium every seven minutes, and we didn’t cry!”

“Then maybe the time has come to cry,” I said.  “The numbers keep adding up.  There’s no end.  You promised us that we had come here to put an end to the era of death!”

“Nu, nu,” said my father in his Polish Yiddish Hebrew, clicking his tongue.  “Have you forgotten the inheritance I left you?”

“What inheritance, Abba?  You worked liked a dog your whole life, but there was no inheritance!  Not a dime!”

“What abbout the Kaddish prayer I left you?  That inheritance.  Every year I said Kaddish on the Tenth of Tevet and on Holocaust Remembrance Day in memory of all the relatives who were murdered by the hundred.  Now it’s you, my heir, who has to say it instead of me.”

“What kind of an inheritance is that, Abba?” I yelled.  “I should say Kaddish?  I never even met them!”

“Precisely,” my father exclaimed with a victorious smile.  “You understand now.  You never met them, and I never meet them either.  They went to their deaths anonymously by the hundred, by the thousand, by the million.  Now everything has changed.  Today your newspapers are full of names, pictures, stories.  Every person who is killed has a name, and the whole nation remembers him.  Where we were, who remembered them?

“Now you understand that there is a difference.  In between the tears, you can smile a little, you have to allow yourself some happiness.  Now you have a state, and an army, and someone to bury the dead, which we did not have …”

With that my father disappeared, wearing the doleful smile he had worn when he came, offering a survivor’s consolation so relevant to these days.

Originally published in Makor Rishon, April 12. Translated from Hebrew by David B. Greenberg. 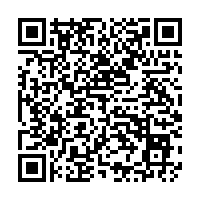