It is heartening to learn the American Anthropological Association (AAA) has voted against a Boycott, Divestment, and Sanctions (BDS) resolution to boycott Israeli academic institutions.( http://www.americananthro.org/StayInformed/NewsDetail.aspx?ItemNumber=14768). It has commendably done so in the largest membership turnout of 51 per cent in its history.  I am particularly happy as only the other day I happened to co-author with famous British political scientist Raphael Cohen Almagor an article in a leading Indian newspaper (http://www.pressreader.com/india/the-sunday-guardian/20160605/281934542210825)  arguing there was no justification for a professional association to ban Israel. Any such decision would be unjust, unfair, and counter-productive.

We have asserted in the article the resolution amounts to the worst form of academic freedom denial designed to ban all schools of thought flowing out of Israel, a nation that has throughout history rendered somewhat unparalleled contribution to the development of knowledge in almost every field of human life . Whoever wishes to boycott Israel undercuts academic freedom and betrays values we all hold dear: Freedom of expression, tolerance, equality, justice and peace. A boycott of Israeli academics and institutions is contrary to the core principles of academic freedom and is antithetical to free exchange of ideas.


I hope this vote against the BDS resolution would help AAA advance  the cause it is believed to be committed to—“advancing scholarly knowledge, finding solutions to human and social problems, giving voice to the underserved.” (http://www.americananthro.org/StayInformed/NewsDetail.aspx?ItemNumber=14768). AAA must raise critical awareness of the dynamics of peace and conflict in the region, highlight the  sufferings of all its peoples—Israelis and Palestinians– and expand the space of dialogue for their appropriate solutions.

I would, however , caution AAA against developing any complacency on this issue. The strength of those in favour of the resolution in AAA was not negligible . It was rather substantial . Among the AAA eligible voters while 2,423 persons opposed the resolution,  2,384 voted to support it.  The backers of the resolution might invent ways to assert themselves in future.

AAA must see to it that the atmosphere created by the BDS resolution does not revisit and lead to any ugly incident in future. Reports are that in the recent past at San Francisco State University (SFSU) BDS supporters disrupted a speech by Jerusalem mayor Nir Barkat. In another incident a BDS supporter publicly insulted former Israeli Foreign Minister Tzipi Livni and American diplomat Dennis Ross at Harvard Law School.  In early April this year Harvard law student Husam El-Qoulaq asked Livni at a public conference : “How is it that you are so smelly?  It’s regarding your odor—about the odor of Tzipi Livni, very smelly.”( http://www.wsj.com/articles/the-anti-israel-money-trail-1461624250).

I would also suggest  the larger American society must keep vigilance over anti-Semitism elements at home. There is a strong evidence of linkages between the BDS leadership and Hamas financiers . In his  recent testimony before the House Foreign Affairs Committee’s Subcommittees on Terrorism, Nonproliferation and Trade and on the Middle East and North Africa , researcher  Jonathan Schanzer of the Foundation for Defense of Democracies has revealed  leaders of organizations linked to Hamas have “gravitated to a new organization called American Muslims for Palestine (AMP)”. The AMP is “arguably the most important sponsor and organizer for the Students for Justice in Palestine (SJP), which is the most visible arm of the BDS campaign in campuses in the United States.”

(http://docs.house.gov/meetings/FA/FA18/20160419/104817/HHRG-114-FA18-Wstate-SchanzerJ-20160419.pdf). Schanzer has added  “at least seven individuals who work for or on behalf of AMP have worked for or on behalf of organizations previously shut down or held civilly liable in the United States for providing financial support to Hamas: the Holy Land Foundation [HLF], the Islamic Association for Palestine [IAF], and Kind Hearts.”
Recently, Pulitzer Prize-winning columnist Bret Stephens, too, has written on the links between BDS leadership and Hamas financiers. He has said , “SJP’s self-declared goal is to end Israel’s ‘occupation and colonization of all Arab lands’ while ‘promoting the rights of Palestinian refugees to return to their homes.’ That’s another way of saying destroying the Jewish state.” (http://www.theisraelproject.org/award-winning-columnist-highlights-ties-between-bds-movement-and-hamas-financiers/)

All such BDS-Hamas  linkages have to be dismantled . It is good that members of the U.S. House of Representatives from both parties have demonstrated their commitment to confront growing anti-Israel and anti-Semitic sentiment on college campuses. In its recent letter to  U.S. Education Secretary John King (http://teddeutch.house.gov/uploadedfiles/2016.4.18_bipartisan_task_force_for_combating_anti-semitism_-_letter_to_department_of_education.pdf),  the congressional Bipartisan Taskforce for Combating Anti-Semitism has asked what his department has been doing about these issues. The signatories to this letter said “anti-Semitic intimidation, harassment, and discrimination are manifested not only in easily recognizable anti-Semitic slurs but also in anti-Semitism masked as anti-Israel and anti-Zionist sentiment.” The taskforce expressed its alarm about the growth of anti-Israel programs and BDS campaigns on campuses. 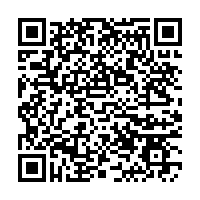