The ability to detect a pattern and discern a modus operandi has got to be primary in the arsenal of a crime detective. Likewise, an effective educator needs to be able to pick up on certain behavior and know how it bodes for the student. There really is no limit as to how vital this talent is in countless disciplines, but perhaps nowhere is its importance more obvious than in the realm of psak halachah.

Virtually every monetary question that is presented before a Rav or beis din has not been precisely recorded in the Talmud. Accordingly, an original mind must extrapolate from the underpinnings of the cases presented in the Talmud to current dilemmas. This requires not only expertise and mastery, but also creative thought that is faithful to the intent of the Rabbis.


Rav Shlomo Zalman Auerbach, zt”l (1910-95), may have been one of the most outstanding in this regard in the annals of the Jewish people. His ability to adapt arcane, seemingly esoteric Talmudic phrases and rulings and apply them to the modern kitchen is world-famous, resulting in a revolution in Shabbos observance.

With the publication of Shmiras Shabbos K’hilchasah in the early 1970s, Shabbos observance was adapted to modern times. Not to detract an iota from its esteemed author, HaRav Yehoshua Noibert, zt”l, a close disciple of Reb Shlomo Zalman, the book is based primarily upon the rulings of Rav Shlomo Zalman, and on no page of this path-breaking book will you not find a footnote attributing material to what the author had heard from his master.

Reb Shlomo Zalman was probably the most “observant” Jew of the 20th century, and there was nothing that he saw that did not immediately undergo his immediate analysis as to how it might impact upon halachah – be it something that he read in Torah literature, or an event in the world at large. Every factoid and occurrence was processed in his halachic mental computer, resulting in a steady process of input (facts and information) and output (psak halachah).

Here is a classic, albeit technical, example. In Reb Shlomo Zalman’s youth, he overheard Dr. Wallach, the founder of Shaarei Zedek Hospital, mention that not all animals’ body heat is the same. This tidbit of zoological information brought about a breakthrough in… hilchos Shabbos!

The violation of cooking on Shabbos is achieved when a liquid reaches the temperature of yad soleddes bo – when a hand will recoil from the heat. In the absence of a thermometer, the Rabbis could not offer a more precise definition. And even these parameters are subjective and not fixed, as one man will recoil his hand at 104° Fahrenheit, whereas another, more sensitive individual will recoil at 100°.

As halachah is intended to be a precise science, this gap is problematic. Reb Shlomo Zalman, by applying what he heard about animals’ varying body heat to what the Talmud teaches in Chulin (8b), was able to close the gap. The Gemara rules that if an animal was slaughtered, and afterward it was discovered that the animal was treif, the knife is not rendered unkosher by virtue of its contact with the treif meat. This law teaches that the body heat of the animal did not exceed yad soleddes, for otherwise it would have rendered the knife treif. Once the temperature is yad soleddes, the heat will transfer and the character of the meat will be absorbed by a knife that comes into contact with it. The very fact that the Gemara instructs that the slaughtering knife that pierced a non-kosher animal is not rendered treif proves that the animal heat is below yad soleddes.

Putting all this together, Reb Shlomo Zalman deduced that the highest body heat of a kosher animal that is slaughtered will be lower than yad soleddes, and below the temperature at which one violates the violation of cooking on Shabbos. Thus, the great mystery as to what precisely is the temperature at which cooking on Shabbos is violated was ascertained by the Reb Shlomo Zalman-esque computer integrating all of the above information. Indeed, in Shmiras Shabbos K’hilchasah, the third footnote of hilchos bishul reads that the temperature of yad soleddes is 45° Celsius (113° Farenheit), based on the body heat of a goose (a goose being the kosher animal with the highest body heat.) Even if this particular goose would have had a fever when it was slaughtered, it would still not render the slaughtering knife treif if the goose were to be found to be non-kosher.

To highlight Reb Shlomo Zalman’s mastery of halachah and talent for integrating all of the available information into a contemporary ruling sanctioned by the Sages 18 centuries earlier, I will provide one more example.

Once a shopkeeper mistakenly filled an order for sugar with salt. After the customer had finished all her cooking, she discovered that nothing that she had prepared was edible. Any posek would rule that the shopkeeper would have to compensate the customer for the price discrepancy between salt (which is cheaper) and sugar. But is the shopkeeper also responsible for the customer’s loss in terms of the food that had been rendered inedible as a result of the shopkeeper’s error?

This precise question does not arise in the Talmud. But young Reb Shlomo Zalman was able to marshal his breadth of knowledge and genius of application to render a most innovative ruling.

A bor, or pit, is one of the primary sources of damage (Babba Kamma 2a), and it is halachically defined as any man-made obstruction which can cause damage from the time it is created. In the case of a bor ha-misgalgel, a “traveling pit” – such as, for example, a stone placed by someone in public property, where it caused no damage to anyone or to anything, but when it was subsequently moved by either man or animal it caused damage in its new location – the obligation reverts to the individual who originally created the obstruction.

Reb Shlomo Zalman suggested, based on the principle of bor ha-misgalgel, that the shopkeeper who substituted salt for sugar was obligated to compensate his customer for all the damage that was caused. Who but Reb Shlomo Zalman could have drawn this analogy? For Reb Shlomo Zalman, everything discussed in the Talmud not only was source material for halachic decisions, but had pertinent applicability to everyday life.

The purpose of this column was not to highlight Reb Shlomo Zaman’s acuity (for that I refer you to my book And From Jerusalem HIS Word), but to prime the reader as to how we all have the ability to harness information from our various disciplines and apply them productively to everyday life, as shall be demonstrated in my next column, G-d willing. 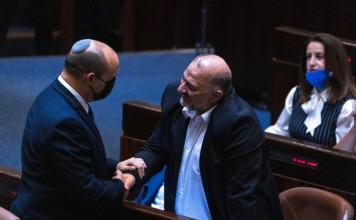