This is a true story from Rabbi Wallerstein. It’s a story about a young man in America, Dave,* Jewish but not religious, who was smart and talented and doing excellently in his computer studies. Somewhere along the line Dave started thinking not only about hi-tech, but about his roots. Little by little he started learning about Judaism, about his People’s history, and about emunah, faith, and Torah and mitzvot. He grew steadily in his learning and commitment and eventually became a complete baal teshuva, a ‘returnee’ to Judaism. He observed kashrut and Shabbos and continued learning about his holy heritage on a regular basis in a yeshiva for other returnees like him.

At the same time, he got a job in a firm which appreciated his computer knowledge and, being a conscientious worker as well as so talented at what he did, Dave did very well there. In the office where he worked there were several others who also were working at their computers, each with their own assignments for the company. One of them, Ronnie, sat very near to where Dave sat and often they would talk about their work, sometimes consulting with and helping each other if necessary, and as time went by their relationship became stronger. They were both doing excellent work and the company was very happy with both of them. With time, Dave and Ronnie became quite friendly.

Ronnie started talking with one of the workers at the company where he still was, and offered him an excellent position which the man said he would think about, and a few days later he told Ronnie that he was accepting his job offer. Since Ronnie and Dave were such good friends as well as close co-workers, Dave at first was surprised that Ronnie hadn’t approached him yet with a job offer in his new company. But then he figured that it must be because Ronnie was saving the best, most important position for last, and that’s what he would offer to Dave. And so it was that one after another Ronnie hired members of this company for his new company. Dave knew about all this from overhearing conversations, but still Ronnie hadn’t said a word to him about joining his company.

As Dave and Ronnie continued working, one next to the other, they continued their friendly relationship as if nothing was unusual and Dave was sure that at some point soon, Ronnie would approach him with a very special job offer. But the days went by, and the offer didn’t come.

And then the day came when Ronnie announced his resignation from the firm and in two weeks’ time he was no longer there. He left, along with many of the other workers whom he had hired, but not with Dave, his long-term co-worker and friend.

This, of course, was a real shock to Dave. He was an excellent worker and was doing fine in the firm, but he thought he could go much farther and succeed much more in Ronnie’s new firm. Plus, they were supposedly loyal co-workers and friends who respected each other very much. Another factor which Dave thought about was the fact that he was becoming stronger and stronger in his religious observance and commitment so he thought he would see a return on this new aspect of his life in other areas as well. But instead, it seemed that he was seeing the opposite. When Dave considered all these factors, it was beyond his understanding why this had happened.

Dave couldn’t get his mind off this unusual and unexplainable turn of events and he spoke to his rabbi about it. Of course, his rabbi had no explanation since he didn’t know any more about this specific situation than what Dave told him. He had no insights because after all, he was just a human being like Dave so he had no additional explanations about what had happened. And then Dave mentioned the fact that he had become religious, even though, of course, that meant taking on many restrictions which he did even though it was sometimes hard for him, socially as well as personally. It meant not eating together with friends and co-workers, not joining them at their parties, and so on. And yet he remained firm in his new beliefs even though it was often difficult.

“I thought we get rewarded for doing good things,” he said to his rabbi. And his rabbi answered, “We do. But we don’t always see it, especially not right away.”

“Everything that Hashem does is good,” said his rabbi. “That’s true in all aspects of our lives, including in those situations which don’t seem good in our finite eyes and minds.”

Dave thought about that and decided that if he was taking on the physical aspects of Torah and mitzvot, he also had to accept the spiritual aspects, such as what his rabbi had just said. Yes, we are rewarded for our good deeds, but we don’t always see the reward, especially not right away.

Dave thought about that a lot, and as he continued his Jewish studies, he grew more and more in his commitment to keeping the mitzvot, including the mitzvah to believe that everything is from Hashem and everything is good.

Dave, who was now using the name David, continued working in the firm he had been in until now, and though he occasionally still thought about Ronnie and his new company, each time he did, he dismissed those thoughts with the thought his rabbi had told him. Everything is from Hashem, and everything is good – even though we don’t always see the goodness.

Time went by and one day David was talking to another rabbi, and when he told him about what had happened with Ronnie and his new firm, this rabbi asked him: “You really take that whole incident so calmly, with such acceptance?” “Yes,” David responded. The rabbi was extremely impressed by David’s attitude. So he asked the question, which in fact, David had also asked. The rabbi asked, “But this happened at the same time that you were becoming more and more religious. Didn’t that bother you? Didn’t it seem unfair to you?”

David answered: “Maybe at the beginning, but not now.” “Not at all?” asked the rabbi. David sighed, and with moist eyes, said: “Not at all. Ronnie’s new firm was big and successful, but when the Twin Towers were hit, Ronnie’s entire office was destroyed, and everyone in it was killed. And baruch Hashem, I was nowhere near there.” 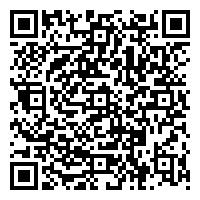