Yedidya didn’t need to be coerced to go to his bar mitzvah lessons. He would even come early to his weekly lessons with his Uncle Chaim. He loved the look of the solid black Torah ksav (print) on his new Tikkun, he loved learning the different trop (cantillations), he loved the opportunity to give free rein to his strong mature voice, and he loved the idea of being responsible for reading the Torah for the whole shul on Shabbos. Yedidya was not at the top of the class in Gemara, nor in any of the other subjects that he learned. But in leining, Yedidya was a star.

As soon as he came home from cheder, he would drop his jacket on the floor and burst out into a few of the psukim by heart while dancing into the kitchen. After a while, even his mother and sisters knew parts of his parsha by heart. His enthusiasm was infectious. “Be careful, Yedidya,” his father warned him. “If you lein off by heart instead of actually reading from the Torah, none of us will have fulfilled our obligation to hear the reading!”


When he first found out that his bar mitzvah parsha was Yisro, which contains the Ten Commandments, Yedidya felt that Hashem had been particularly generous with him. In his bed at night, he would envisage everyone standing up in shul when he would read out the Ten Commandments in his clear, melodious voice, and feel as if they were standing again at Har Sinai. His family, his friends, even his rebbe would be proud of him.

Early Friday morning he was ready. His new suit, hat, and shoes were all awaiting this special Shabbos to arrive. He accompanied his father to the shul to bring over the kugel, some rugalech, and drinks for the modest Yerushalayim-style kiddush. Tomorrow morning his sisters would come with bags of the toffee candy and pelt him with sweetness.

When they arrived at shul that morning, they saw a man with his son at his side arguing with the gabbai. The gabbai was distressed and apologizing profusely when Yedidya and his father entered. The gabbai turned to Yedidya’s father and appealed to him, “I am sorry about this. You booked over a year ago for your son’s bar mitzvah, but somehow I didn’t mark it down. Rav Perlman came a few months ago and booked for his son, Bezalel, for the same Shabbos. What are we supposed to do? You came first, but…”

Yedidya’s eyes jumped from his father’s worried face to the gabbai’s embarrassed face and then settled on Bezalel’s anguished look. Yedidya’s whole world had just turned upside down. The suggestions exchanged by the fathers floated like clouds over his head as he tried to absorb the mistake and its possible consequences.

“They could each do half the parsha.”

“One could read the parsha and one the haftorah.”

“Try to find a different shul that doesn’t have a bar mitzvah and will let one of the boys read.”

Yedidya came down from his clouds, looked again at Bezalel’s grieving face and announced, “It’s OK. Really. Bezalel can read the whole parsha tomorrow in shul. I’ll read next week, Mishpatim. It’s a short parsha and I think I will succeed in preparing it for next Shabbos. Yes, b’ezras Hashem I’ll do it.”

Now it was Bezalel’s turn to scrutinize Yedidya’s face. “You’re sure about this, Yedidya? It would make me so happy. It means so much to me and my family. And you know what? You can have your kiddush in the big hall and we’ll do ours is the beis medrash.”

That Shabbos Bezalel read all of Parshas Yisro. Yedidya was called up for shishi, his family pelted him with toffee, and they had their kugel and rugalech in the big hall. On the following Shabbos, Yedidya succeeded in reading the parsha that he had prepared in only a week. His family all came and were very proud of his fluency, and even prouder of the great sacrifice he had made. But since it wasn’t his bar mitzvah, his friends and rebbe didn’t come to hear him.

A few years later when Yedidya was in yeshiva, his mother was hospitalized, suffering from intense pain. Despite all the tests she underwent, the doctors could not reach a diagnosis. Yedidya, the bechor of the family, offered to spend Shabbos in the hospital beside his mother. Shabbos morning dawned after a sleepless night tending to his mother, when he heard voices in the corridor. Two men were searching for someone who knew how to lein the parsha for Rav Elyashiv, who had been hospitalized on Friday. Yedidya again rose to the challenge.

“I’ll lein the parsha for Rav Elyashiv! I just have to go over it a bit first.” The two men eyed their young volunteer. “So Mishpatim was your bar mitzvah parsha, eh?”

Yedidya’s melodious voice resonated in the crowded hospital room as he leined perfectly for Rav Elyashiv and the minyan of men. As soon as he finished, he rushed back to his mother’s bedside.

They came looking for him after kiddush. “Rav Elyashiv asked us to bring back the bochur who leined for him. Come.”

Yedidya was honored but also filled with trepidation as he followed the men down the corridor and up the stairs. Why would the Rav want to speak to me? I hope he wants to give my mother a bracha for a refuah shelaimah!

Rav Elyashiv had called him back to ask about the nature of his mother’s illness. Yedidya explained how frustrated the doctors and family were that they hadn’t found the source of her pain, and how difficult it was for him to watch her suffering. Rav Elyashiv then made Yedidya an offer. A specialist from the U.S. was flying in on Sunday especially to consult on his case. He would send this specialist to check on Yedidya’s mother also.

The specialist honed in on the cause of his mother’s pain, and Baruch Hashem, she was home in time to cook for Shabbos.

And a bracha? Yedidya walked out with one for his mother and one for himself. 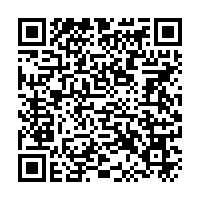