The Shehecheyanu was whispered and, with wonder, we looked at our firstborn…my deceased father’s name was given to the issue of my body. He had not only the traditional brit milah but also a pidyon ha-ben.

Would this green-eyed infant with flaxen hair grow up to have any traits of the person he was named for? Would he be special enough to carry a name for the man who gave me quiet values and a sense of self? Might the shape of his face or the high capacity for intelligence be like my father’s? I was filled with awe over the magic my body had performed and also a longing to hug my daddy. My husband and I met and married two years after my dad’s last breath. I couldn’t even note, to him, my dad’s cheek dimple, or tender smile, questioning if my mate also might see that physical feature eventually in any of our offspring.


If New York City’s boroughs had Sephardic Jews, none belonged to the synagogue of my youth. I understood my customs with Ashkenazis carrying on names of those deceased, and eventually learned that Sephardics used those of the living.

Aharon Leib ben Moishe Dovid v’Sheindel, who died on Lag BaOmer in 1954 lay under a granite headstone on Long Island. I left a pebble and said goodbye when my husband and I, with infant, moved from New York. Who had my father been named for…why didn’t I ever ask? It was only important that he, Leo Aaron, was daddy, and then that his identity be carried on by another generation. I began to understand that a specific person gets ‘lost’ as only a name goes on. I didn’t realize that the anecdotes I gave my offspring, and then grandchildren, would truly be heard and also remembered. I’d saved a couple of his speeches hand typed on fragile paper with a piece of carbon replicating his typing onto another 8 1/2 x11 white sheet below; he delivered his philosophy and thoughts to the congregation at the Flushing Jewish Center in 1952 when he became president. I offered the words to my grandchildren to see if these words would show the values and character of my dad. Imagine, then, when my oldest granddaughter and her husband decided to name their third child for my father but converted it into the essence of the Hebrew rather than just the two literal ones! And then one of her sisters and husband did the same with its now love and peace sound! Shalom Aryeh.

So what might we leave with the special names we’re privileged to carry? What do we pass down as personal remembrance is removed?

Naming for the deceased, an Ashkenazi custom, seems, on the surface, to just keep the words alive and not the person. Perhaps the living can speak of personality, character, mannerisms, philosophy, for examples, to the new carriers. Might I write out that he never thought about himself first, helped without ever allowing the person being helped to feel inadequate, he forgave people, he felt he had one opportunity to be a caring part of humanity and nature and quietly lived by G-d’s ways. He never diminished anyone, never ridiculed, was never too tired to hear someone’s cry and try to soothe. But his own words, in the speeches, might be easier for them to recognize the man.

Eventually, my father will fade from anyone living’s memory, but a couple of my great-grandchildren will enrich it. And if “A man’s name is the essence of his being”, I’ve made peace with the loss of its previous owners, for the current ones have blessed each preceding person and the current translation of it, is warm and tender, as was the man. Thank you, my granddaughters, for continuing this name with dignity. 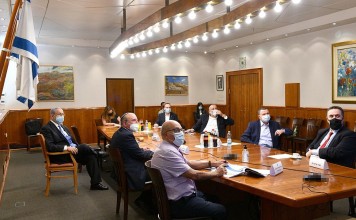 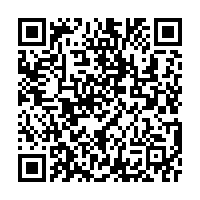