Rabbi Shaul Weingort is a Chabad teacher who lives in Jerusalem with his wife and 11 children. Two years ago, he gave one of his kidneys to an unknown person for whom he was found to be a match. Influenced by the life-saving work of Rabbi Rabbi Yeshayahu Heber, z”l, the founder of the NGO “Gift of Life” (Matnat Chaim), and by his mentor Rabbi Adin Steinzaltz in whose memory (at least in his heart) he donated his kidney, Weingort had been waiting for years for this opportunity.

As is the policy with kidney donations in Israel, if the two are not previously acquainted the donor and recipient don’t meet each other until after the procedure. The recipient who we will call Yehuda due to his wish for anonymity, met his benefactor the next day on the ward where they were both recuperating in Hadassah Ein Kerem. It was the end of Tishrei.

Yehuda told Rav Shaul the following story. He had been waiting five years to find a donor match. During that time he had tried every segulah he knew of to try and increase his merit. Finally, he decided to do something beyond the pale, beyond the usual hishtadlut. Yehuda decided to write a sefer Torah. A week after he’d paid the sofer his advance, Yehuda was told that baruch Hashem, a match (Shaul) had been found.

Weingort was very moved to hear the story, especially since Shabbat Nachamu, when the Torah scroll was dedicated to the shul near Yehudah’s home, is his bar mitzvah parshah, and he confided that it is his dream to someday also write a sefer Torah.

Shaul and Yehuda kept in touch as people who are so connected are wont to do. On 4 Tammuz, nine months later, two of Yehuda’s children, a son and daughter showed up at Shaul’s house – carrying a sefer Torah. Yehuda had decided to help Shaul realize his dream and commissioned a second sefer Torah to bestow upon him.

Weingort donated his unique gift to the Beit Menachem, a Chabad synagogue in Sha’arei Chesed, near his home.

It may be correct to say that the kidney donation unites the two bodies of Shaul and Yehuda. But there’s no question that their souls are connected by the double crowns of the sifrei Torah. 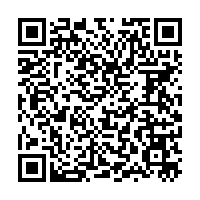