Hanin Zoabi, Israel’s de facto Minister for Anti-Zionism and chair of the Fifth Column, outdid herself on Sunday be comparing the IDF with the Islamic State (ISIS).

Actually, that is not true. She did not compare them. The IDF is much worse, she stated on Channel 2 television, because the Islamic State “kills one person at a time with each knife while an IDF pilot kills dozens of Palestinians by pressing a button.”

Not to be totally outdone by Zoabi’s love for hate, another one of her Balad party colleagues, MK Basel Ghattas, chimed in on Army Radio Monday to say that there is a big difference between the Israeli army and the Islamic State, which “unlike the IDF, has not committed crimes against humanity.

Zoabi, a resident of Nazareth in the Galilee, is the same cheerleader for terror who was on the IHH terrorists’ Mavi Mamara ship aimed at breaking the maritime embargo on Hamas.

She previously has used the Knesset podium to call Israel a Nazi state, reject Israel as a Jewish state, a basic part of the Balad party’s platform, and to dismiss the Iranian nuclear threat simply as one of “potential.” She also has sung the Palestinian anthem at a Hamas rally.

Foreign Minister Avigdor Lieberman, on cue, called the Balad party a “terrorist organization” that exploits the Knesset to “advance terrorism while taking advantage of parliamentary immunity.”

Previous moves to indict her for incitement were ditched by Israel’s cowards in the office of the Attorney General.

As usual, everyone is trying to matching Zoabi’s mouth with shocking words , but no one ever does anything about Zoabi, who would long have been thrown into jail in any other democratic country that understands the principle that freedom of speech does not include yelling ”fire” in a crowded theatre just to get attention.

The Jewish Press has come up with a practical idea and is asking you to put some money in the pushkie to raise enough shekels to buy her a first-class airline ticket for her to fly to Syria.

Once there, Zoabi can see herself the difference between the ISIS and the IDF, and when she comes back to Israel, maybe she will have some more sense in her head, unless it comes back on a separate ticket. 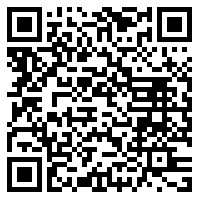