A ring of peace encircled Jewish worshipers at a synagogue on the Sabbath this weekend for the second time in as many months.

On Saturday February 21, some 1,300 Muslims in Norway encircled the sole functioning synagogue in Oslo as Jews prayed within, showing their solidarity and protesting terrorist violence.


More than 1,000 Muslim and Christian Danes clasped hands to form a human chain around the Copenhagen Great Synagogue. It was the site where 37-year-old Dan Uzan, a volunteer security guard was murdered by a radical Islamic terrorist Feb. 14.

Organizer Niddal el-Jabr, a Muslim Copenhagen resident, told The Local newspaper on March 14, “We want to send a clear signal that we want a peaceful society in Denmark…

“Jews should be able to have their religion in peace,” he said.

Uzan’s father, Sergeot Uzan, told DR that he saw the move as an expression of “hope for humanity and democracy.”

It wasn’t the first.

On February 27, some 300 people held a peace vigil at the Copenhagen City Hall Square as well, organized by a separate Danish Muslim group.

Danish Muslims – who number some 200,000 – now comprise three percent of Denmark’s 5.4 million residents, according to the On Islam media outlet, and Islam is the country’s second largest faith group after the Lutheran Protestant Church. 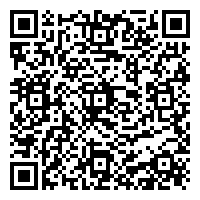