Casino mogul Sheldon Adelson is about to throw his weight, financial and otherwise, behind Florida Senator Marco Rubio as this favorite for the Republican party’s presidential nominee, Politico reported.

Rubio campaigned in Las Vegas last week and stopped off at Adelson’s casino office for a brief meeting, where Adelson lavishly praised the young senator.

Politico reported that sources close to the casino billionaire said that a formal endorsement for Rubio may come as soon as the end of this month,

Almost every GOP presidential hopeful wants Adelson’s financial support, although his backing does not guarantee success. He threw away approximately $70 million in 2012 when he backed Georgia politician Newt Gingrich for president.

But Rubio is not deepening only on Adelson. Investor Charles Schwab, whose estimated net worth of $6.4 is far less than Adelson’s but still more than that of Donald Trump, privately has said he is interested in backing Rubio. 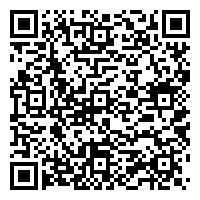