Two Jewish brothers were forced to stop their cars and were then attacked this week by a group of Arab men in a suburb of Paris. According to the National Bureau against anti-Semitism in France, the attackers had been following the brothers in another vehicle, and when they saw they were wearing yarmulkes they drove ahead, blocked their car’s path and attacked the brothers using blunt instruments. One of the brother’s fingers was cut off. The attackers were yelling anti-Semitic slogans throughout the attack. 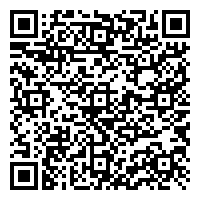