Some 1,300 Israelis passed through border control at Ben Gurion International Airport this week without having their passports checked.

The Interior Ministry’s computer system broke down over the weekend, according to a report posted on the Hebrew-language Ynet site, leading to several hours of chaos in which passports of returning Israelis simply were no checked.

The system may have been overworked by the all-time record number of passengers who entered the country last Thursday.

By Friday, airport staff was reduced to manual processing, leading to long lines at passport control. Returning Israelis were warned to call the Interior Ministry on Sunday morning.

Computer technicians worked frantically, but it took more than three hours before they managed to fix the bug.

On Sunday, phone calls to the ministry were answered with “you need to come down to the office to report your return in person.”

“Passengers who are Israeli citizens and who entered on Friday without their entry being logged, will have to do so independently. That said, we are considering solutions to ease the process for the passengers and make it more efficient,” the Ministry of Immigration, Population and Border Crossings said in a statement.

Meanwhile, however, those Israelis who don’t comply will not be registered in the system – meaning they will not be covered by Bituach Leumi (National Insurance) in the case of any need, since their return to the country will not be officially recognized. 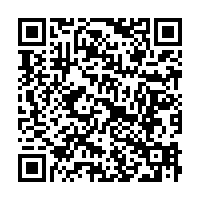