Some people see the “flash mob” phenomenon as a spectator sport. Others view these things as a participant activity. If you are one of the latter, and you’re going to be in Brooklyn this coming Thursday, hike up your gotkes and hustle on down to the ‘happening’ integrated neighborhood of Crown Heights, where you’re sure to find the excitement you seek.

Shmuel Marcus and Bentzi Marcus, leaders of the 8th Day Band are planning a Flash Mob in a march to Chabad-Lubavitch World Headquarters at 770 Eastern Parkway in Brooklyn as part of a new video they’re creating, according to COLLive.

Filmmaker Danny Finkelman of Sparks Next is producing the music video “as a salute to the Crown Heights Jewish community and its upbeat, Chassidic and welcoming lifestyle,” COL reported.

The public is invited to join in the “big scene” at 4:00 pm on Thursday, October 4 on the corner of Eastern Parkway and Albany Avenue.

Don’t forget your smartphone or camera . . . 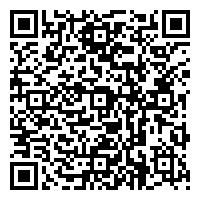