Canada’s Ministry of Public Safety and Emergency Preparedness has banned a Muslim charity that officials believe has funnelled more than C$15 million (US $13.7 million) to Hamas.

Lawyers for the International Relief Fund for Afflicted and Needy (IRFAN-Canada) slammed the decision, which now makes it a criminal offence “to knowingly deal in the property or finances of this entity.”


“On its face, we believe it is an unfair and unconstitutional decision,” Ottawa-based lawyer Yavar Hameed told Canada’s National Post daily.

The decision to ban the terror-financing group came after Royal Canadian Mounted Police raided IRFAN’s headquarters in Mississauga, Ontario, as well as a private residence in Montreal. Police officials told the newspaper,  “an extensive amount of documentary evidence along with stored media, money and other records were seized.”

In recent years, Canada has emerged in recent years as a consistently strong voice against terrorism, and as one of Israel’s staunches friends on the international stage. Knesset members greeted Prime Minister Stephen Harper with a standing ovation during his speech to Israel’s parliament during a state visit to Jerusalem in January. Then, he addressed the Knesset and pledged Canada’s ongoing support for the Jewish state.

“Through fire and water, Canada will stand with you,” Harper said, and proceeded to accuse critics of Israel as “moral relativists” who criticise Israel unfairly “to go along (in order) to get along.”

Perhaps the greatest testimony to Canada’s demonstrated commitment to support for Israel and to fighting terrorism came from Arab MK Ahmed Tibi, a former advisor to the late PLO Chairman Yasser Arafat. Tibi heckled Harper during his speech, and eventually stormed out of the Knesset plenum in protest.

Security expert David Harris, director of the International and Terrorist Intelligence Program of INSIGNIS Strategic Research, told the Canadian Jewish News that the move “suggests yet another situation in which Canada was vulnerable… as a kind of repository for extremist and related activity.”

“It bears noting that if between 2005 and 2009, $14.6 million was channelled to inappropriate recipients associated with Hamas, that seems to be an indictment of the delay… Given the amount of harm it could cause, it should give us pause,” Harris said. 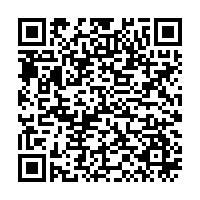