EasyJet Airlines categorically denied having removed and separated Jewish passengers from the rest of the travelers on board a flight from Barcelona to Paris on May 1, in a statement to media on Monday by Andy Cockburn, the airline’s director of public relations.

“Flight EZY3920 from Barcelona to Paris Charles de Gaulle on 1 May 2016 with 180 passengers on board returned to the gate in Barcelona and was met by police due to a group of passengers behaving in a disruptive manner,” said Cockburn, as quoted by JTA in several Jewish publications.


“All passengers were asked to disembark at the request of the police so they could speak to a small number of passengers in order to investigate the incident…. [EasyJet] does not tolerate abusive or threatening behavior on board,” he added.

JewishPress.com and Cockburn exchanged phone calls numerous times on Monday but each time JP returned the call, Cockburn was unavailable or could not be reached. Messages were left on both sides and emails were exchanged as well, but contact was elusive.

Even if some passengers were “disruptive” it still is not clear why an entire flight was forced to disembark, nor why only the Jewish passengers were required to remain secluded for six hours in a separate section of the terminal under armed police guard, nor why their captors refused to answer their questions.

Cockburn’s contention that the Jewish passengers were separated at the request of the police so they could be questioned under investigation does not make much sense, unless the police were only probing Jews. However, the spokesperson’s final comment that the airline “does not tolerate abusive or threatening behavior on board” seems to imply that Jews were behaving in an abusive or threatening behavior on board prior to takeoff. 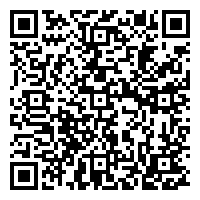