An Israeli security official claims that Salach Al-Aruri, a founder and senior Hamas official, was one of those who helped prepare and organize the infrastructure for the kidnapping of Eyal Yifrach, 19, Naftali Frankel, 16, and Gil-ad Shaar, 16, according to a report on Walla.

Al-Aruri, who has a home in Aaroura, a village north of Ramallah, now lives in Turkey and serves there as Hamas’s representative.


Over the past 2 years, Al-Aruri sent dozens of agents into Judea and Samaria via Jordan with money earmarked specifically for training to kidnap Israelis.

Many of his agents were caught as they tried to get into Israel from Jordan, but not all of them were intercepted, and were only recognized as Al-Arurui’s agents after they had already left the country.

The money that did make it in went for establishing and training of terror cells in Judea and Samaria.

Al-Aruri’s constant messages, in writing, to the terror cells he funded has explicitly been to kidnap Israelis.

The security official said there is no “smoking gun” linking Al-Aruri directly to the kidnapping of Eyal Yifrach, Naftali Frankel, and Gil-ad Shaar, but this is what he has been endless urging and directing the terror cells he funded to do, over the past few years.

According to Yoni Alper’s Terror Watch the IDF gave orders to destroy Al-Aruri’s home near Ramallah. 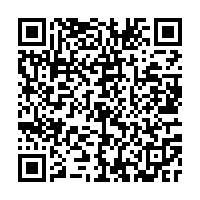