At 9:02 Monday morning, Dec. 16, Harvard University students were gearing up for exams when students received a university alert that a bomb threat had been received. Students were instructed to immediately evacuate four university buildings: Emerson Hall, Thayer Hall and Sever Hall, as well as the Science Center.


Harvard University Police Department received an email tip that bombs had been placed in those four buildings.  The Harvard Police contacted the Cambridge Police Department and state and local explosives experts were called in.

By 11:00, three of the buildings had been combed and no explosives were found.  Afternoon exams resumed in the affected buildings other than in the Science Center, which was the last building searched.

Within six hours of the initial email alert, all four buildings had been combed and declared explosives-free.  Cancelled exams were already being rescheduled, and life returned to normal (for exam week) at Harvard.

UPDATE: A Harvard sophomore has admitted that he was responsible for emailing the bomb threats to Harvard University police on Monday morning.  Eldo Kim, 20, confessed to sending the fake bomb threats and has been charged with making a false threat about an explosive device, 18 USC § 1038(a).

Kim attempted to disguise his identity by using various anonymizing internet applications, but his personal email was tracked as having accessed one of those applications.

According to an affidavit signed by an FBI agent, Kim admitted sending the threats, and said that he acted alone. Kim told law enforcement personnel that he engaged in the ruse because he wanted to avoid a final exam given in one of the buildings he identified as possibly having a bomb. 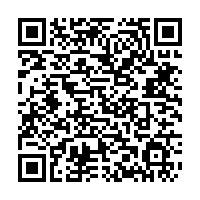