Over the past decade, life expectancy in Israel has risen by two years, or five hours per day, according to Israel’s Health Ministry. The life expectancy of Israeli women stood in 2005 at 82.2 years and in 2015 reached 84.1. For men, life has stretched from 78.2 to 80.1 in the same decade.

The ministry issued those figures in advance of Tuesday’s conference on the health system’s preparedness for the aging population, conducted by the Health Ministry and Social Security.


Despite the delightful news regarding how much longer Israelis are living, in terms of their country’s resources for their care the picture is less encouraging. It is expected that the population of Israelis who are 75 and older will double, from 410,000 in 2015 to 811,000 in 2039.

Currently, Israel’s HMOs are not compensated at a higher rate for their older patients, despite the fact that caring for older patients cost more. In Israel, the average care for a young person costs about $1,460 annually; the cost for a patient 75 or older comes to $6,100 annually.

According to Health Minister Yakov Litzman (UTJ), “One of the most significant challenges of the health system is the aging of the population. A national nursing reform is unavoidable, and will bring about a dramatic change in the manner with which the state treats its aging population.”

Health Ministry Director Moshe Bar Siman Tov said that “the rate of growth in the number of the elderly is expected to rise by three or four times in the coming years, and in order to be prepared we must take immediate action.” 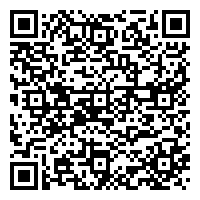