A combined action of the Shabak and Israel Police has led to the arrest of an Israeli-Arab resident of Umm al-Fahm, Ibrahim Hassan Yousef Aghbariyya, 23, at Ben Gurion International Airport on June 10, on his way to join ISIS in Syria.

In his interrogation, Aghbariyya revealed that after having been exposed to ISIS videos and other content, he began to identify with the Jihaidst ideology of the Islamic State and with its actions, and decided to leave for Syria, to join up.


After collecting material online about the options available to him to reach Syria, Aghbariyya flew to Istanbul and boarded a connecting flight to the Turkish town of Gaziantep, not far from the Syrian border. Back in early May, a bomb attack outside the police headquarters in Gaziantep killed two policemen and injured 22 others.

Aghbariyya was picked up by Turkish police in short order and after a few days’ interrogation was expelled to Israel.

Aghbariyya’s Shabak interrogation also revealed that he had left his family a letter before leaving for Turkey, spelling out his intentions to join the forces of Jihad. Some of his close friends and acquaintances were aware of his plans and identified with his ideas.

Israel’s security apparatus has been watching out for individuals like Aghbariyya, who might be sent back by ISIS to take advantage of their privileged status as Israeli citizens to carry out terrorist attacks inside Israel.

On Wednesday, Aghbariyya was indicted in Haifa District Court on serious security violations. 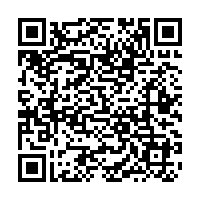