A man lost an eye after he was attacked last Friday by an Arab in a road terror attack on Route 65 near Hadera. The attack was not publicized by mainstream media, nor did police disseminate information to the public about the danger to motorists on the road.

This past Saturday night, the Hebrew-language 0404 website also reported on a gang of Arabs who attacked a couple of Jews walking their dogs in the community of Beit Dagan. The attackers hurled rocks and even citrus fruits at the man and woman as they were walking their dogs in an orchard. The pair released the dogs, who then defended their owners and drove away the attackers.


The potentially deadly road terror attack that took place last Friday, however, came out of the blue — according to the 56-year-old Jewish driver — who told 0404 he was driving at the time along Route 65 near Talmei Elazar, next to Hadera.

The driver, whose name is Shimon, said a car passed his and then just cut him off and blocked him on the road. The Arab then got out of his car, screaming threats and curses, and started to hit him with his hands. When Shimon told him he was calling the police, the Arab pulled out a crowbar and beat Shimon in the face and over the head.

“I lost my eye and I’m still in the hospital,” Shimon told 0404. “I hope the police will take this incident seriously, because up to this point, I have heard no warnings to the public about this kind of terror that can threaten people who are on the roads.”

A staff member in the hospital expressed his own shock that such an event could even take place, regardless of motive.

“I have an infant seat in my own car,” he said, “a first aid kit, some wood treatment and CDs. This Arab had a crowbar in order to harm Jews. I just don’t understand how such a story does not grab the headlines in this country.”

As a matter of fact, police had not publicized the attack at all, despite having received several reports by eyewitnesses to the incident, who called the police hotline. 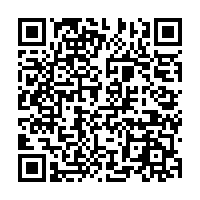