The original names of the historic Jewish quarter of Marrakech, the famed Mellah (Arabic and Hebrew for salt), are being restored under the instructions of Moroccan King Mohammed VI, Maghreb Arabe Presse reported this week.

Morocco’s Interior Ministry announced that, following the King’s recent visit to the neighborhood which is currently known as the Essalam district, it will be renamed El Mellah. The original Jewish names of the area’s streets and squares will also be restored.

According to the Ministry’s statement, the “royal instructions emanate from the concern of the Sovereign […] to safeguard the civilized heritage of the Kingdom as well as the cultural heritage of all the components of Moroccan society.”

The royal intervention came in response to a request by the president of Marrakech Jewish community. There are an estimated few hundred Jews still living in El Mellah, situated in the city’s kasbah, east of Place des Ferblantiers. The Mellah was segregated for Jewish dwelling in 1558 by the Saadi dynasty which ruled Morocco from 1549 to 1659. The Mellah was established at the site of the sultan’s stables.

The Mellah ghetto kept its Jewish inhabitants separate from their Muslim neighbors by high surrounding walls.

According to the Huffington Post Arabic edition, the majority of the Muslims of Marrakech are pleased with the restoration, which they said would reawaken the history of their quarter – and possibly encourage Jewish travelers to stop by.

The Alzama Synagogue, built around a central courtyard, is located in the Mellah, as does the Jewish cemetery, the largest of its kind in Morocco. Characterized by white-washed tombs and sandy graves, the cemetery is located on land adjacent to the Mellah.

Essential vs. Non-Essential: A Pesach Lesson of the Pandemic 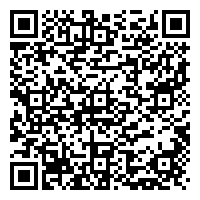