Prime Minister Binyamin Netanyahu vowed Monday night to “bring the lawmakers to justice” after Israeli Druze attacked an IDF ambulance bearing wounded Syrian rebels in the Golan Heights, but asked leaders of the community also to “calm the mood.”

One of the two patients was killed in the lynching; the injuries of the second were worsened and he is now in critical condition.


“Nobody can take the law into their own hands,” said Netanyahu during a cybersecurity conference Monday night at Tel Aviv University. “No one can disrupt the missions of IDF soldiers.

“We will locate those who perpetrated this lynch and we will deal with them to the fullest extent of the law,” he went on. “We are a nation of law; we are not part of the anarchy that is spreading around us.

“I call on the leadership of the Druze community to turn down the heat and use discretion in their rhetoric,” Netanyahu added.

Defense Minister Moshe Ya’alon condemned the incident in separate remarks in equally strong terms, noting that the “situation in Syria is complex” and pointing out that government officials have been keeping the Israeli Druze leadership “fully updated” as events unfold. 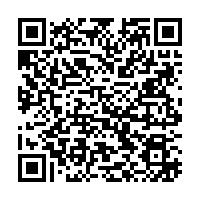