The Union of Orthodox Jewish Congregations of America issued a detailed statement in response to the decision reached by the United States Supreme Court in Obergefell vs. Hodges on Friday, June 26, that requires states to recognize and to license same sex marriages.

The OU stated that Judaism, according to the Hebrew Bible, Talmud and law, unequivocally forbids homosexual relations and cannot condone same sex marriages. Judaism also teaches respect for others and condemns discrimination against individuals.


The OU recognized that the democratic process in the United States with respect to this issue led to a result with which its adherents disagree, but felt it important to express the hope that the decision recognizing same sex marriages will not expand to include a requirement that those whose religious views do not embrace the view expressed by the court are not required to forego their own religious liberties as a result.

What the OU is saying is that the decision in Obergefell requires civil and political actors to treat same sex couples as they do heterosexual couples with respect to marriage licenses, but religious leaders should not and must not be held to that requirement.

During the oral argument of the case on April 28, Justice Scalia specifically asked the attorney for the plaintiffs, Mary L. Bonauto, a gay rights activist, whether a decision to make same sex marriage a Constitutional right would force clergy to perform same-sex weddings. Bonauto said no.

Justice Sotomayor elicited from Bonauto that those states which already allow same sex marriage have religious liberty clauses which exempt religious leaders whose faith forbids them to perform such marriages.

Justice Elena Kagan pointed out that rabbis are not forced to perform marriages between Jews and non-Jews even though the Constitution already bans religious discrimination.

The Chief Justice asked U.S. Solicitor General Donald Verrilli, representing the U.S. government, whether a religious school that has married housing would be required to give such housing to same sex couples. Verrilli did not give a direct answer. He punted, pointing out that different states would have different levels of enforcement and differences in how they would treat such a scenario.

Here is the full OU statement:

In response to the decisions announced today by the United States Supreme Court with reference to the issue of legal recognition of same sex marriage, we reiterate the historical position of the Jewish faith, enunciated unequivocally in our Bible, Talmud and Codes, which forbids homosexual relationships and condemns the institutionalization of such relationships as marriages. Our religion is emphatic in defining marriage as a relationship between a man and a woman. Our beliefs in this regard are unalterable. At the same time, we note that Judaism teaches respect for others and we condemn discrimination against individuals.

We are grateful that we live in a democratic society, in which all religions are free to express their opinions about social issues and to advocate vigorously for those opinions. The reason we opt to express our viewpoint in a public forum is because we believe that our Divine system of law not only dictates our beliefs and behaviors, but also represents a system of universal morality, and therefore can stake a claim in the national discourse. That morality, expressed in what has broadly been labeled Judeo-Christian ethics, has long had a place in American law and jurisprudence.

We also recognize that no religion has the right to dictate its beliefs to the entire body politic and we do not expect that secular law will always align with our viewpoint. Ultimately, decisions on social policy remain with the democratic process, and today the process has spoken and we accord the process and its result the utmost respect.

In the wake of today’s ruling, we now turn to the next critical question for our community, and other traditional faith communities – will American law continue to uphold and embody principles of religious liberty and diversity, and will the laws implementing today’s ruling and other expansions of civil rights for LGBT Americans contain appropriate accommodations and exemptions for institutions and individuals who abide by religious teachings that limit their ability to support same-sex relationships?

Already, several states have struck a balance by incorporating religious liberty protections into their same sex marriage statutes. This approach must continue, for the expansions of civil rights for some Americans must not come at the cost of the civil rights of other Americans.

The Orthodox Union is proud to assert its beliefs and principles in the public forum, and will continue to do so in a manner that is tolerant and respectful of all of our nation’s citizens, but which is also authentically based upon our sacred ancient texts and time-honored traditions. 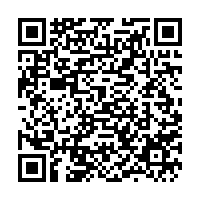