In a priceless demonstration of the Arabs’ 600-year long failure to appreciate new realities, Riyad Mansour, the Palestinian Authority’s UN Ambassador, on Friday warned President-elect Donald Trump that if he dared move the US embassy to Jerusalem, he and his ilk would “make life miserable” for the United States at the United Nations.

“If people attack us by moving the embassy to Jerusalem, which is a violation of Security Council resolutions, it is a violation of resolution 181 of the UN general assembly that was drafted by the US … it means they are showing belligerency towards us … If they do that nobody should blame us for unleashing all of the weapons that we have in the UN to defend ourselves and we have a lot of weapons in the UN,” Mansour said.


Mansour did demonstrate that he was still living on Planet Earth by conceding that the Security Council would not vote to condemn such a move by the US, because, well, the US is a veto wielding member of the Security Council. But that did not hold the PA rep back from warning the incoming president. “Maybe I can’t have resolutions in the Security Council but I can make their lives miserable everyday with precipitating a veto on my admission as a member state.”

Mansour, who served as the Deputy Permanent Observer of the PLO to the United Nations from 1983 to 1994, succeeded Nasser al-Qudwa as Permanent Observer for Palestine to the UN in 2005. On November 29, 2012, 65 years to the day after the Arabs forever ruined their chance for a legitimate state in the UN Partition vote, the Permanent Observer Mission of Palestine to the United Nations was upgraded to “non-Member Observer State.” Now, it appears, Ambassador Mansour made sure no further upgrades may be coming. Especially when he promised Trump he would drag him to the International Criminal Court of Justice in the Hague.

Mansour warned that “it is illegal to defy Security Council resolutions that the US is party to it that the unilateral action by Israel annexing East Jerusalem is illegal and it is null and void. If the US administration wants to defy international law they are doing something illegal.”

Trump’s plan to move the US embassy from Tel Aviv to Jerusalem sounds radically different coming from his key advisor Jason Greenblatt than from his other key advisor, Walid Phares. The former has spread enthusiastic promises regarding the move before the election, the latter has told the BBC that the move depended on there being a favorable “consensus.”

On Saturday night’s satirical show Back of the Nation, comic Rotem Abuhav said moving the embassy would be a nightmare, seeing as it would permanently clog the already jammed city traffic, making it impossible for Israelis to receive consular services. Abuhav suggested that from now on, instead of taking a trip to see America, she and her family would just take a trip to the US embassy to take the Visa Application ride. 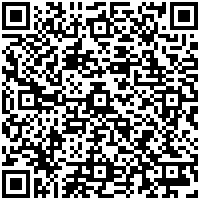