Couldn’t happen to a nicer guy: Israel’s late ninth president, Shimon Peres, will star posthumously in a giant campaign promoting the annexation of Ma’ale Adumim, a town just four miles east of Jerusalem. Established in the early 1970s as an IDF post, Ma’ale Adumim received its status as a city in 1991, and today has close to 40,000 residents. Its unique location means that, should it receive Israeli sovereignty, the Jewish urban sprawl of Ma’ale Adumim and Jerusalem would forever thwart Arab hopes of establishing a geographically contiguous Palestinian State.

The new campaign is banking on the fact that all of Israel’s past mainstream politicians have supported the settlement enterprise, even if some of them later became its sworn enemies. And so, under the slogan “Continuing in their Path,” the campaign banners quote Shimon Peres’ statement: “The development of Ma’ale Adumim will secure the defenses of Jerusalem”; late prime minister and destroyer of Jewish Gaza Ariel Sharon: “Ma’ale Adumim will be built as part of the State of Israel for eternity”; settlements foe and former prime minister, Ehud Barak: “Everything you build in Ma’ale Adumim remains part of the State of Israel forever, period”; and the destroyer of the Jewish city of Yamit, the late Menachem Begin: “I bless the establishment of Ma’ale Adumim. The only viable option is our rule in Judea and Samaria.”


The intentional irony of the campaign, targeting an Israeli Jewish public out of which a consistent 80% have been telling pollsters they support imposing Israeli sovereignty on Ma’ale Adumim, with or without a peace agreement, was not lost on Israel’s combative left. MK Michal Rozin (Meretz) said Saturday night that “usurping the character and works of the late Shimon peres such a short time after his death to promote Greater Israel is a disgrace. This is a cynical use of the Israeli consensus to destroy the Zionist dream.”

The campaign will feature giant billboards at the entrance to Jerusalem and around the Knesset, as well as newspaper ads, a Facebook page called “Sovereignty in Ma’ale Adumim,” and a website named Ribonut (Sovereignty).

Maale Adumim Mayor Benny Kashriel said the campaign “expresses the clear position of the majority of the people who want to continue the Zionist vision and the settlement enterprise. It’s been 50 years since the city of Jerusalem was united and we returned to our historic homeland regions. All the governments of Israel have developed the area and we wish to continue the path of the leaders of Israel and the Zionist movement and impose Israeli sovereignty on the city of Ma’ale Adumim. This is how we will fulfill the vision of all our past prime ministers, both from the left and from the right, since the city’s inception.” 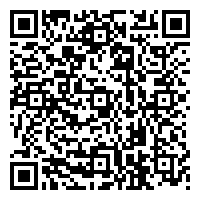